Joey Donnelly talks Elkyn’s success, and the importance of family 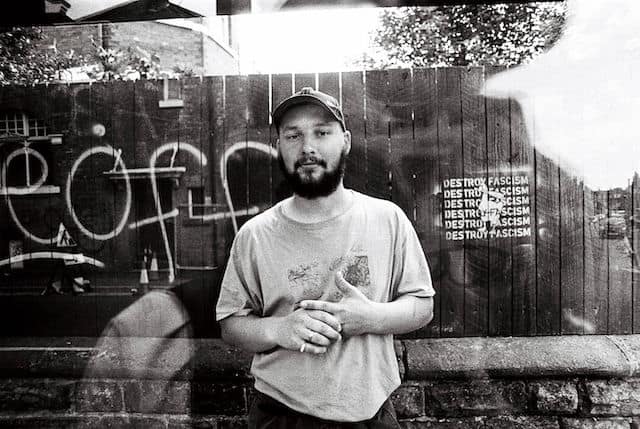 Not amazing. I haven’t slept properly in forever and I’m in a constant state of anxiety. Hope you’re well though <3

How do you define success, and how has this definition changed?

I think the only success I feel fulfilled by is through music. I don’t know what it is outside of that. Success for me is through the music I put out and I don’t see it as this big thing that I need to get worldwide fame or earn a feck load of money or anything. I felt successful years ago when I released ‘Beech’ for the first time and I found out what I’d put out had actually helped someone. I think it’s important to feel success from yourself cos if you don’t think you’ve succeeded then you’re not going to really HEAR it from anyone else, even if you’re being slapped across the face with it. I hope my definition for it doesn’t ever change and if it does then I’ve straight up failed.

What is motivating you outside of music right now?

I honestly don’t know. Find it hard to motivate myself to do anything at the moment. Family and friends are keeping me going so they get first and only place in motivation.

What would you say your biggest challenge is as an artist now?

Staying in love with music. I need to remind myself of your second question to me a lot more than I do now. I find the music industry so hard to navigate and keep up with and I constantly feel in conflict with myself between the reason I do music and how I can do more of it. It’s really hard to find a balance between trying to do music and keep going, then trying to earn enough money to get by and actually just trying to enjoy my life right now.

Talk us through the direct experiences, locations and things that inspired your track, ‘fell’?

‘fell’ is kind of a mash up of things. I didn’t take as much care as I usually would with writing lyrics cos we left a lot of it till the studio. So I guess the nave and the time there was a big inspiration to the song. It could of gone in any direction really.

It’s was very different to anything I’d written before so was quite fun trying to write more pop lyrics. Me and mikey sat in one of the rooms in the nave for an hour or so and wrote the lyrics, so he has quite a big influence on that.

In terms of the music, it was during lockdown so I think that had a big part to play in it. I think it’s very reminiscent of of the outside world and normality.

I’ve said it before, but ‘fell’ is my cheesy kinda love song.

How would you say you’ve changed as a person, and as an artist over the last few years?

What is your message for old, and new supporters?

Thank you. I don’t think people know how much it means to me. Cheesy but it keeps me going so thank you. Mwah. X

Tour, 18th March – 2nd/3rd April with S.T. Manville. We’ll be doing a co-headline tour around the UK and I’ll be playing a load of new tunes off the new album ‘Holy Spirit Social Club’ which is also out on the 18th March.

You can pre-order the album here: https://ffm.to/holyspiritsocialclub
You can buy tickets for the tour here: https://www.elkyn.co.uk/live