As rave culture reached its peak and Britpop conquered the world, Harrison Koisser, Samuel Koisser, Douglas Castle and Dominic Boyce were born in the West Midlands of England. They were drawn together through the most ordinary circumstances (two are brothers and they went to the same college). Since then they have existed as Peace. 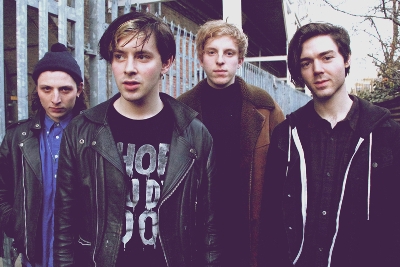 The dynamic in their music results from teenage forays into experimental music, an intelligent approach to genre-referencing and a love of art-rock staples showed the band the possibilities of combining approachable and exciting music with avant-garde sensibilities.

‘Follow Baby’ is their first single proper and a demonstration of their songwriting and combined influences. With elements of grunge, a loping groove and a chorus to sing-along to.

Listen to the single here and buy it here.

The band will be touring England over the next month with full dates below.