Fetch the bolt cutters, I’ve been in here too long.  Although I haven’t yet succumbed to the running bug seemingly everyone else has, so I consider that a small victory and so should you if you’ve also yet to. 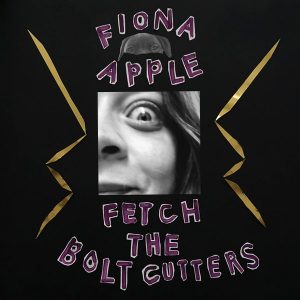 It’s as good as you’ve heard.  I’m not even a Fiona stan, I genuinely hadn’t heard any of her work other than that bit in Hustlers where Ramona dances to “Criminal” before throwing this on upon release day, and I still wrapped up my first listen in absolute awe of what I had heard.  Fetch the Bolt Cutters is a legitimate masterpiece that I have spun daily, often several times per day, since it dropped two Fridays back.  Apple’s furious cathartic rage, often delivered in a wickedly playful manner that somehow makes this incredibly heavy record one of the most fun listens of 2020 to date, over a lifetime of marginalisation, sexist discrimination, sexual assault, and the crushing weight of depression has been precisely what I needed at this moment in time.  By turns blisteringly funny (“Under the Table” detailing Apple rebelling over being dragged to a party she didn’t want to go to stocked full of assholes she can’t resist calling out), knock-you-on-your-arse direct (“For Her” pairing schoolyard chants to a litany of stories about sexual assault to shiver-inducing effect), and poetically realist (“Cosmonauts” being a love song about the difficulty of remaining committedly in love).

I am struggling to find the words to adequately write up this one, folks.  Despite the fact that I am ostensibly a critic and my job is to analyse and explain how and why pieces of art do the things they do, one of my absolute favourite things about art are the times where I sit there in total awe of the thing and no clue as to how someone knew to do a specific thing in a specific way at a specific time.  I live for those moments, the ones where I make involuntary stank-faces or break out into an uncontrollable smile or whatever else, and Bolt Cutters is filled to the brim with such things.  Like, for just one example, how on earth does someone know to make the bass do that bending scale on the bridge of “Relay” with that carefully specified amount of crunch in a manner that makes my stomach turn in the best way?!  Maybe it’s just because I’m not really a creative, but I genuinely do not get how someone knows to do that and it excites me when such a thing happens!  Hell, I kinda legitimately want to take an entire course on how to get those rhythmic percussive piano sounds Apple spends the whole album effortlessly banging out on every song!

And to be able to turn all of these disparate ideas and stripped-down sounds into ridiculously catchy, cathartically emotional, and cohesive songs?  Genius, there is no other word for it.  Listen to this thing.  Do it now.  Right now. 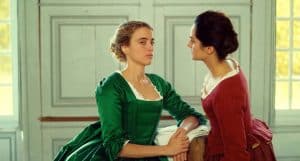 Portrait of a Lady on Fire [MUBI/Curzon Home Cinema]

The best film of 2019 that didn’t actually come out in 2019 hits DVD and Blu-Ray next month, but before then MUBI have managed to snag quite a coup by letting subscribers to their service watch it for free as part of their latest programming rotation.  Céline Sciamma’s (of Girlhood) latest is a breathtakingly beautiful period romance following painter Marianne (Noémie Merlant) who has been commissioned to put together a portrait of the reclusive Héloïse (Adèle Haenel) for the purposes of marrying her off to a Milanese nobleman against her wishes, necessitating Marianne pose as Héloïse’s new companion and paint her subject in secret from memory.  From there, the dance of desire commences as the two ladies, plus the manor’s maid who is the only other person around whilst Marianne’s contract is in practice, slowly begin to become more intimately familiar with each other to a degree that complicates Marianne’s charge.

It is, admittedly, a slow-burn that luxuriates in its two-hour runtime, but what blossoms between Marianne and Héloïse is one of the finest and most passionate romances to be depicted on film in years.  That beautiful freeing sensation when someone sees you completely and lovingly for the first time you can recall, and that desperate longing desire for more time when reality cruelly comes back in through the front door.  Sciamma, as is so often the case in her screenplays, effortlessly crafts instantly lovable and deceptively complex characters who are a joy to watch, whilst her camera (working with cinematographer Claire Mathon) strings together a seemingly endless array of gorgeous painterly images that also expertly communicate the growing love and lust between her characters without ever having to go needlessly explicit, and stars Merlant & Haenel put in two of last year’s very finest performances.

Portrait is just astonishingly good, folks, and that ending will stick with you for months afterwards – good lord, even passively thinking about it now as I type these words is causing me to well up.  The film is on MUBI for another 10 days from publication and the service offers up a minimum free trial of 7 days when you sign up, so you really do have no excuse not to give two hours to this masterpiece. 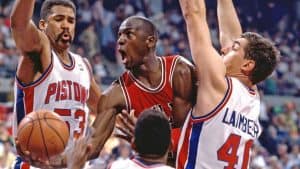 Shocker of the year considering that intro earlier: I’m not really into sports, both the playing of (unless with a really specific group of friends) and the watching of.  But the one big exception to that fact are sports documentaries, and most specifically ESPN’s lauded 30 for 30 series or anything in that presentational vein (also Jon Bois’ work for SB Nation).  I love and really respond mentally to the ways in which they dig into the stories and narratives which fuel each contest, explaining clearly why certain feats or attitudes are so significant to an untrained eye, all compartmentalised into compelling and understandable tales for both fans already interested and complete newbies otherwise disinterested in the whole affair.  So, naturally, I’ve already been hooked by ESPN’s big flagship doc for the year, a co-production with Netflix who are airing it outside of the US, The Last Dance even though my entire life experience with basketball consists of miserable P.E. sessions in secondary school and frequent viewings of Space Jam.

Over two decades in the making, the series centres around the Chicago Bulls and their 1997 – 1998 season hopes of pulling off their second NBA three-peat as the dream team of Michael Jordan, Scotty Pippin, Dennis Rodman and coach Phil Jackson risk falling apart through a combination of injuries, contract dissatisfaction, and the bizarre insistence of general manager Jerry Krause to break up the NBA’s top franchise even whilst they’re sat high and mighty atop the league.  For non-fans, the series does an excellent job at explaining the ins and outs of why the Bulls were so dominant for so much of the 90s and why that came as such a shock in the first place – unsurprisingly, even though we’re talking about one specific season, we’re not just talking about that one specific season – with slickly-edited montages and accessible primers on court positions and strategies and the like.  For fans, there is a mountain of revealing and candid never-before-seen footage of the key players in the story, all of it uncensored and not all of it 100% flattering, and interviews with everyone able to still give one.

Episodes are currently dropping at a rate of two per week, in line with ESPN’s airings in America, and it’s so far a great watch I can wholeheartedly recommend to everyone.  It even briefly makes me think that basketball would be a fun thing to try casually with friends… at least until I remember that secondary school trauma, anyway. 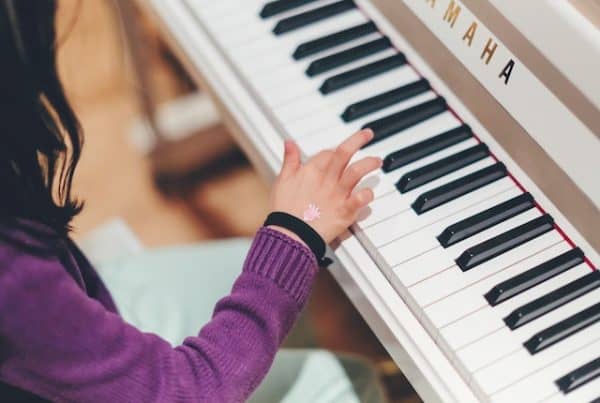