ArcTanGent Festival 2022 can today reveal a host of even more brilliant new additions to its line-up for next years event at Fernhill Farm. 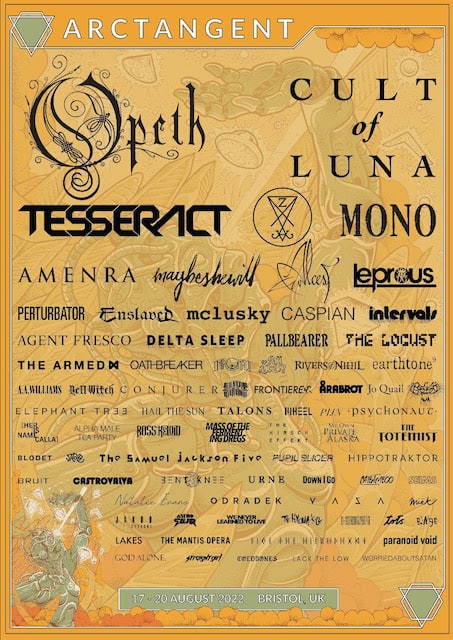 Leading the charge for the announcement are the incredible US doom metal band Pallbearer, who will be playing their album, ‘Sorrow And Existence’ in full for its release anniversary. Joining them include the recently(ish) reformed UK experimentalist Earthtone9, a UK trio of the highest quality in Conjurer, Elephant Tree and Pupil Slicer, (who released one of THE finest albums of 2021 in ‘Mirrors’) as well as over 25 other brilliant acts.

From ArcTanGent Festival booker, James Scarlett – “Your new favourite band is coming to ATG! Check out Hippotraktor, The Totemist, Pupil Slicer and every single one of these amazing bands. I’m so excited to be back at Fernhill Farm in August!”

PUPIL SLICER – “ArcTanGent was the first music festival I ever attended and was instrumental in my love of music. The scope of bands ATG brings together across so many genres has been hugely inspirational for the direction of Pupil Slicer. It has been our dream to play ATG ever since we started the project and are honoured to be a part of this event alongside many fantastic bands that we look up to.”

From Brett Campbell, PALLBEARER – “We are excited to announce that we will be playing among the incredible array of atmospheric and progressive bands at next year’s ArcTanGent!”

Ticket Link for ArcTanGent 2022 is – HERE