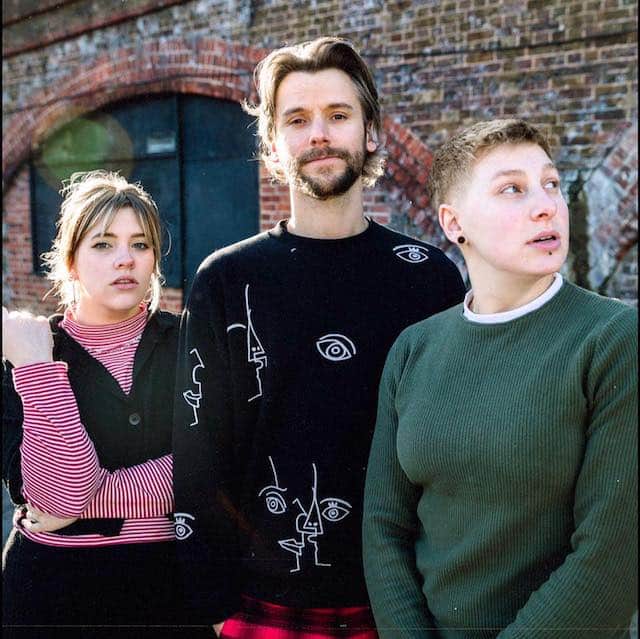 Aftermath will be released as a 7” single on 7th October via Small Pond Records, with a B-side cover of the same song by Mercury Prize-nominated indie rockers The Big Moon.

“Generational grief’s discourse within feminism is something that I don’t believe gets paid much attention to. There’s been so much progress culturally around the education of sexual health, consent and intersectional feminism while I’ve been growing up. Unfortunately even within that progress – it feels as though a lot of disconnect surrounding the victim blaming narrative has stayed the same. The onus continues to remain on the women to solve the problem of sexual assault / gendered violence and I notice that there is still a slight trace of resentment clashing between generations. There are all these conversations around how lucky my generation is that culturally, these topics are being spoken about and normalised in our lifetime. The reality surrounding that is most of these women and victims of sexual assault have carried this generational trauma and grief and passed it down. Men are learning about power dynamics and trying to be better but the women in this world have been left to pick up the pieces. More emotional labour, more time forgiving their perpetrators than themselves. Shame, that’s never been erased from family tree to family tree. Trauma that’s never been paid for and then becomes recycled on to our children.

‘Aftermath’ was a way to process how I felt about the conversation around sexual assault. I’ve been a bystander before because I was too scared to speak up, I’ve second guessed accusations because it was too painful to believe the truth or blocked out my own experiences because I didn’t want to admit that I was a victim. When you pride yourself on independence it’s really hard to paint yourself in that light, as not in control. When someone starts sharing their story it almost holds a mirror to you and your experiences that you’ve managed to bury, it’s triggering and so many women I know were never taught how to deal with that conversation or that trauma. I used to be so jarred by women my mother’s age in how little they spoke about their trauma and how little empathy they had sometimes for women/LGBTQ+ individuals younger than them. I soon realised that that’s how they processed their experiences and who was I to judge or ask of them to be anything more than okay with how they chose to deal with it at the time. If anything, I admire them now in a way I never used to. It fills me with more love and empathy than I could have imagined having when I carried so much anger and judgement.”

“We’re lucky to be both friends and fans of Annie and CLT DRP, so we were really glad to be asked to be part of this release. ‘Aftermath’ is such a powerful song – so personal yet universal – the weight of that really hit us and we feel grateful to have been part of the song’s life in some small way.”

CLT DRP will be releasing a zine to accompany Aftermath – a visual lyric book with perspectives from the band on the wake and reality of dealing with sexual assault. It touches on victim-blaming, gendered violence, and notions of responsibility. Confronting the sense of self-reflection that trauma instils in victims, the song and zine are a vital moment from a truly special trio.

Pronounced ‘CLIT DRIP’ for those confused or too shy to ask, CLT DRP have been turning heads since 2017. The genre-bending trio’s non-apologetic and yet playful approach has seen them garner praise from TheLineOfBestFit, Gigwise, and plenty more. Their music gets you moving, invites you in with power, and makes you question your environment and yourself.

In their time, CLT DRP have already supported Nova Twins, Warmduscher, among others, and performed at 2000trees and ArcTanGent festivals.

CLT DRP will be touring with De Staat shortly. Dates as follows: