Black Stone Cherry are preparing for the release of their fourth studio album in Spring 2014, by treating the UK to four very unique and intimate performances. 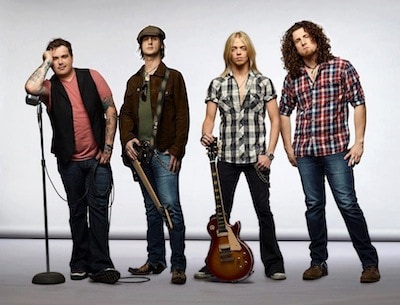 The dates, dubbed The Southern Hospitality Shows, will each be a very special evening with the rockers from Kentucky.

Each show will be totally unique, as the evening’s set list will be chosen by the band from a list of fan requests. The band will then create a 2-hour setlist tailored from those submissions, guaranteeing that each show will be different from the next.  At each event, the band will also give a shout-out to one of the local fans who requested the song for the setlist.  Throughout the show there will also be breaks where the band will take questions from the audience in a Q&A style.

Fans can ask anything they wish, like the meaning of their favourite song or lyrics, the inspiration for how a song came about, the band’s influences and more. Not only that, the boys will also be debuting a few brand new songs from the new album, live.

Tickets go on general sale at 9am on Friday, October 11 at www.livenation.co.uk and www.ticketmaster.co.uk.