Check out some of these fantastic tips for 2017! 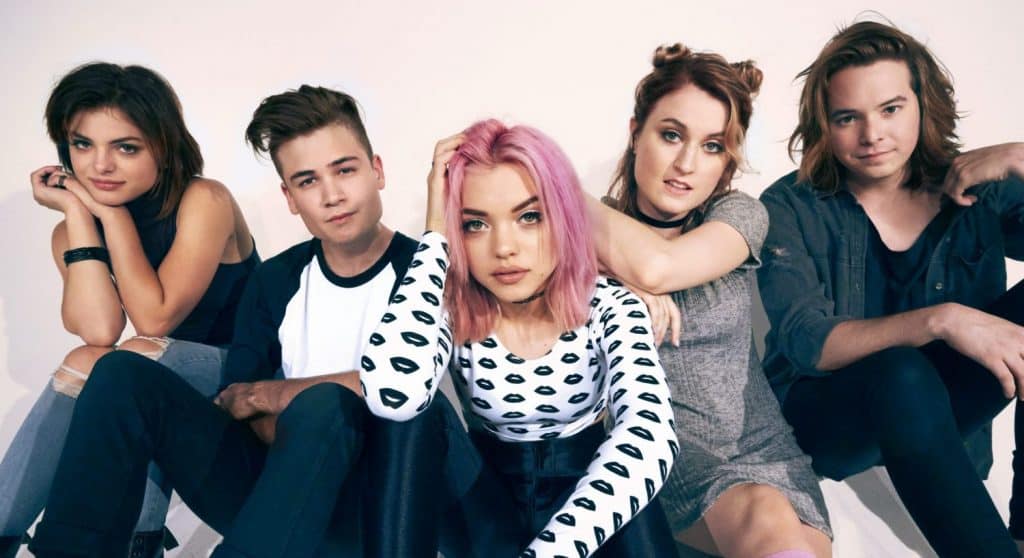 Listen if you like: Panic at the disco, The Summer Set and All Time Low

After the departure of lead singer Julia Pierce in 2013 under the band’s original name Cherri Bomb, Hey Violet have changed their straight rock sound to a more contemporary pop/rock with Rena Lovelis taking over the lead vocals.

In 2015 the band were signed to record label Hi or Hey Records and in the summer of 2016 they toured with 5 Seconds of Summer on the European and North American legs of Sounds Live Feels Live world tour.

What they expect from 2017: Lead singer, Rena Lovelis told Atwood Magazine the bands goal for 2017 is to “definitely get an album out soon! I seriously think we have enough songs for about three or four albums right now – we just kind of have to go through them and see which ones are like, “That’s the one – that’s what makes us feel the most.” 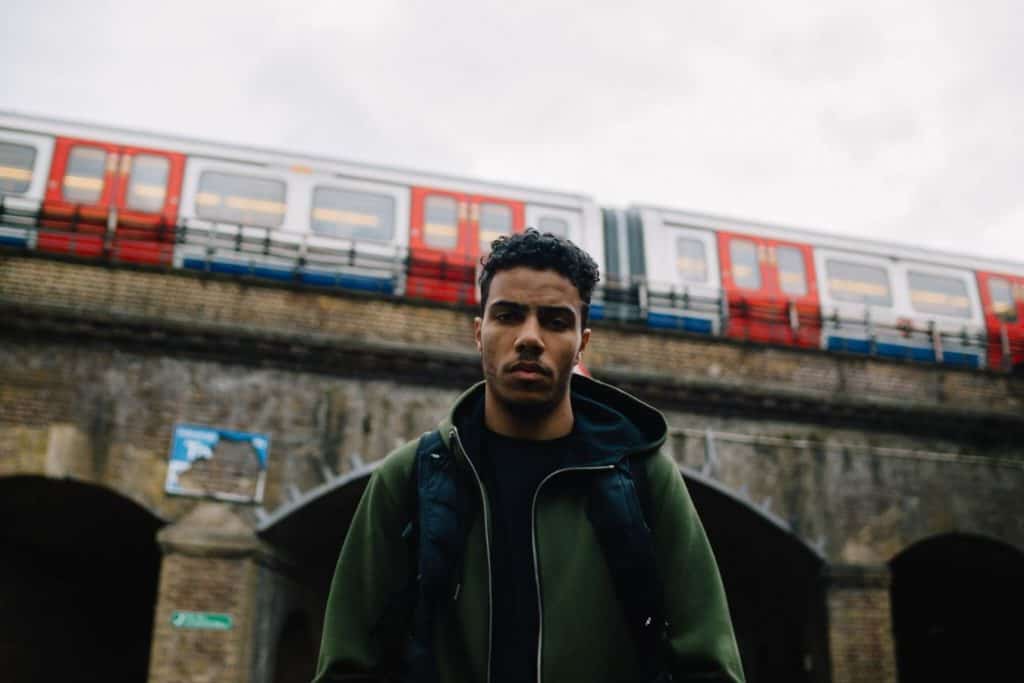 Described as one of the best new acts in the UK in May 2016 by The Guardian, AJ Tracey looks well on his way to conquering 2017.

Tracey first gained attention with the release of his debut EP The Front and appearing on pirate radio stations in 2015. In 2016 his popularity grew with the release of the track Thiago Silva, which he produced with Santan Dave over a remix of Pied Piper by Ruff Sqwad. Tracey told Dummy Magazine, “You’re not going to hear me on a track with just anyone.”

What they expect from 2017: Fans of AJ Tracey can expect a full LP this year.

Listen if you like: Jake Bugg and Bob Dylan

Declan McKenna was first noticed in 2015 after entering and winning Glastonbury Festival’s emerging Talent Competition. He was awarded with a £5,000 cash prize and given a performance slot of the festival’s William’s Green Stage. Not surprisingly, shortly after his win he signed a managing contract with Q Prime and with the bids from over 40 record companies, he signed with Columbia Records.

During 2015 his self-released single Brazil gained a lot of attention. The song criticised FIFA for awarding the world cup to Brazil, without addressing the extreme poverty of the people and the nation.

In 2016 he continued down the same path with his single Isombard, which criticised Fox News anchors that attempted to justify police Brutality in the US. He followed this up with a performance at the NME Awards in February 2016 and several more performances at festivals across the UK, before going on to make his debut at the Jannus Live festival in St. Petersburg, Florida on 11 March 2016.

What they expect from 2017: Declan McKenna is on his UK tour till the end of January. 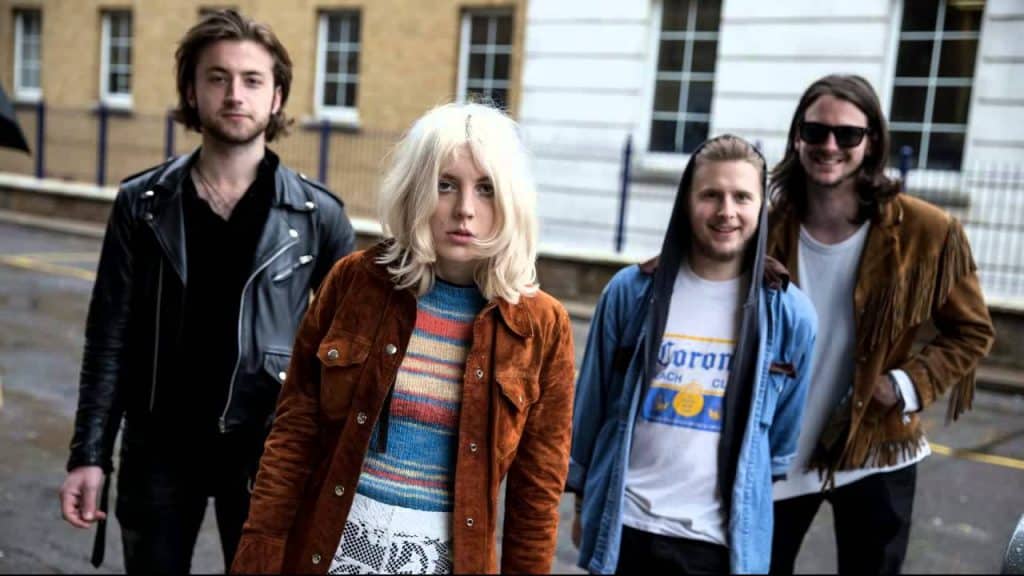 Listen if you like: The Pretty Reckless, Lush and Lana Del Rey

Breakthrough track: All My Pride

So far Black Honey have been hidden under the radar of most indie fans, but that all looks set to change in 2017. Their single Madonna from their debut EP in 2014 has been a slow burner, but has received just over two million plays on Spotify, which proves the veal has now been lifted and the band are starting to get noticed.

The band bring back that 60’s psychedelic rock sound that wouldn’t be out of place in a Quentin Tarantino movie and their disinterest in fame is very refreshing, but that doesn’t stop them achieving it.

What they expect from 2017: Kick starting 2017 with the release of their newest EP Headspin the band is set to tour France and The Netherlands before heading to London on 27 January and finishing up in Leeds on 29 April. 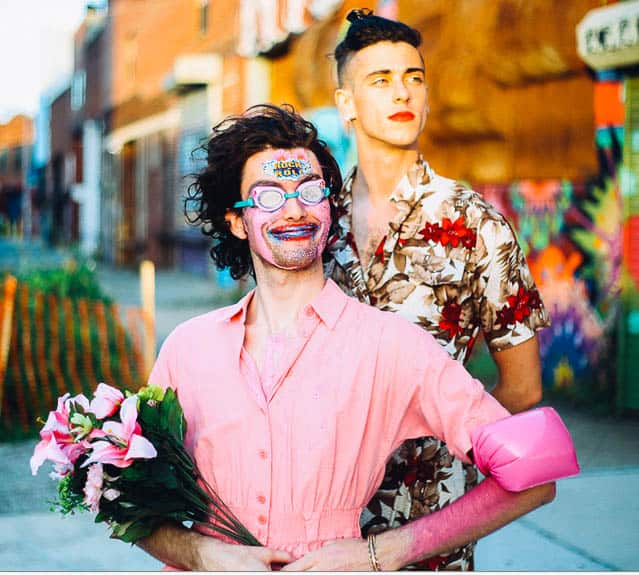 PWR BTTM’s appearance on the music scene could not of arrived at a better time than now. Both unapologetically gay, and rightly so, Live Bruce and Ben Hopkins are not afraid to discuss sexuality and gender identity within their songs (you only have to read their name to realise that), successfully adding to the experiences of gay and transsexual people that are being talked about like never before on television, social media – you name it. Liv Bruce told Paper Magazine, “We’re living in a time where people are ready to hear queer stories”. With Ben Hopkins adding, “All you can do in life is to tell the truth,” Ben says. “A friend of mine (NYC performer Jack Ferver) told me that you should take your personal myth, and make it iconic.”

Their first album Ugly Cherries was released in 2015 and has been well received, with songs like I Wanna Boi, Dairy Queen and Ugly Cherries being it’s top played on Spotify.

What they expect from 2017: In late 2016 the duo signed to Polyvinyl Records and started work on recording their sophomore album for 2017. 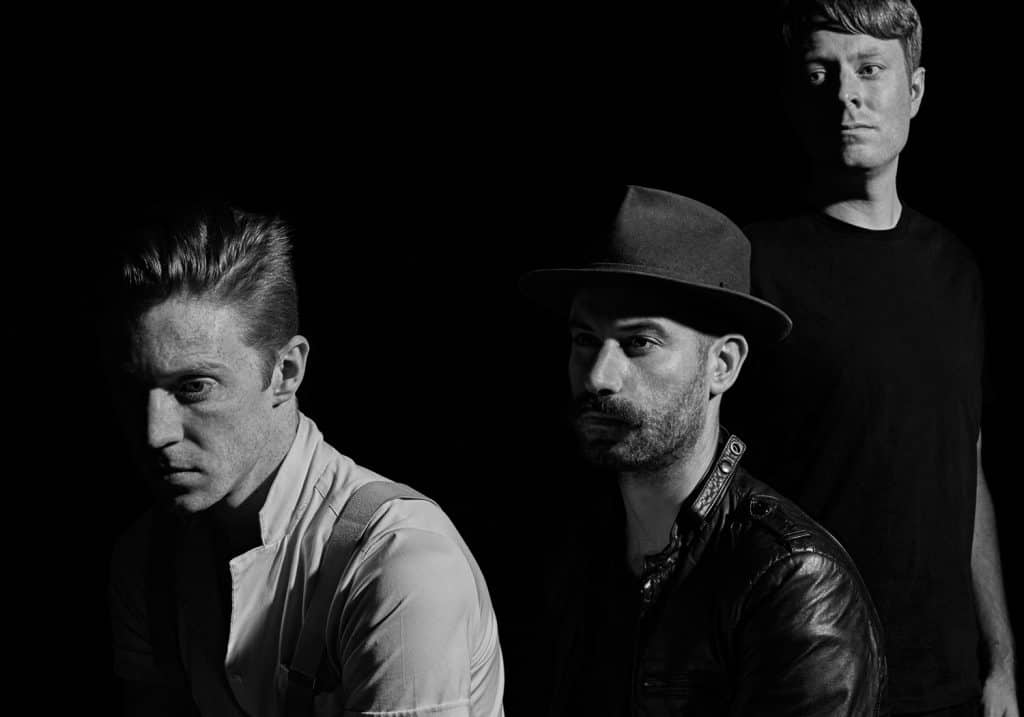 Listen if you like: David Bowie and Franz Ferdinand

Breakthrough track: I’ll Make It Worth Your While

Previously named Night Engine until the end of November 2016 when the band made their first live debut as Artificial Pleasure on November 28, supporting Lee Porcelain at London’s Electrowerkz, the trio released their soon to be hit song, I’ll make it worth your while.

The song was re-released in October 2016 and has been more than well received by music critics and fans alike.

What they expect from 2017: The band plans to release a new single early this new year and begin touring the UK as soon as they possibly can. 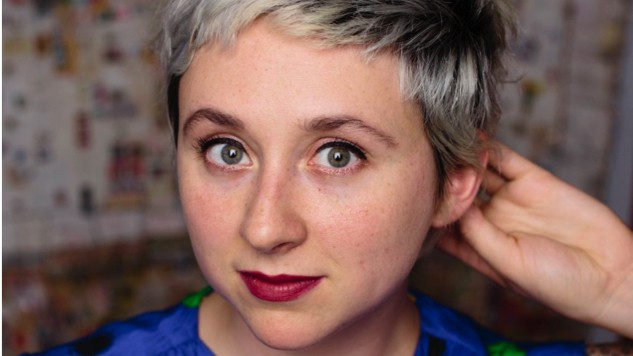 From 2013-2014 Allison Crutchfield was the lead vocalist of the power pop-punk band Swearin’, but when the promise of indie success feel through she continued to play music working with a few different bands, including with her twin sister, Kate Crutchfield, who performs in the American indie band Waxahatchee.

Now solo Crutchfield signed with the huge indie label, Merge Records, “At the risk of sounding so trite and cheesy, signing with a label like Merge was a literal, like, stare-out-the-window-during-geometry-class daydream fantasy for me, always,” she told Pittsburg City Paper, “and the fact that it’s happening and that, bonus, they’re the greatest people, is just really wonderful.

What they expect from 2017: Allison Crutchfield will officially release her debut single Dean’s Room at the end of January and follow that up with her debut solo album. 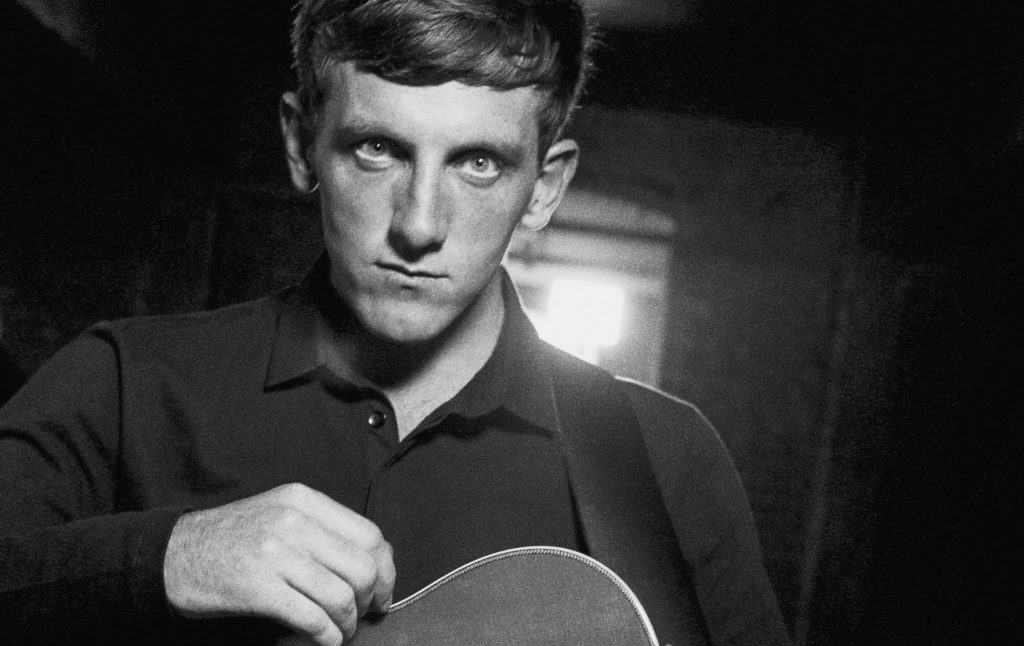 Listen if you like: Jake Bugg, Bob Dylan and Mumford & Sons

After releasing only one song in 2015, Louis Berry was named Radio 1’s ‘hottest record in the world right now’. The rock and roll singer also won the One To Watch Prize, judged by the Merseyside panel at the Liverpool’s GIT Awards at the Kazimier.

Growing up in poverty and with a father addicted to heroin, on one of Merseyside’s most notorious council estates, Tower Hill in Kirkby, Berry writes songs about his real life experiences and how they impacted his life. His way of storytelling has been compared to the great, Bob Dylan and his latest single Restless is no exception. Released in August 2016 it already has well over one million plays on Spotify and with a second album in the works 2017 looks like a good year for Berry.

What they expect from 2017: Berry is currently recording his debut album and plans to release it this year. 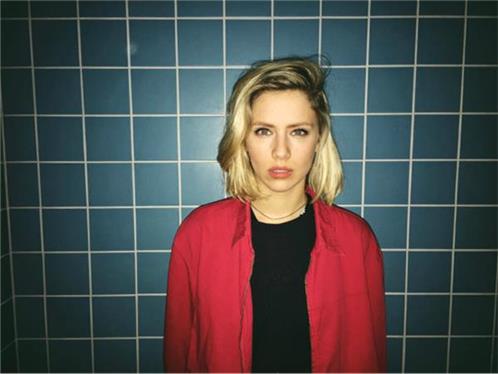 Listen if you like: Katy Perry and Gwen Stefani

Spotify lended support to the track, which then aired on Apple Music’s Beats 1 station, this lead to a deal with the US label Republic Records and Island Records in the UK

What they expect from 2017: So far in 2017 Dagny is touring with her debut EP Ultraviolet and the response is strong. 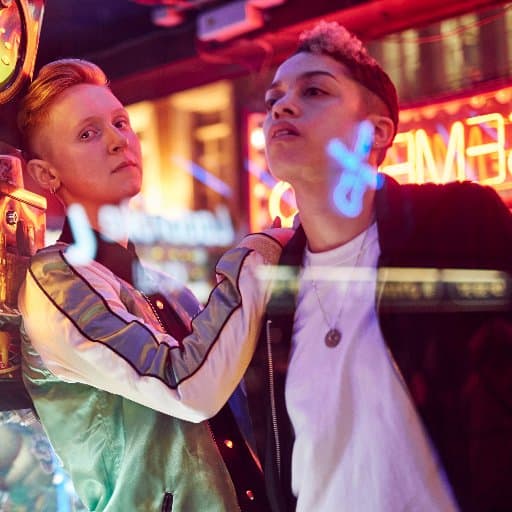 Nimmo’s big break came in 2014 when they signed with Columbia Records. Their debut album, to be released this year collaborates dance music with an emotional/lyrical kick. Their latest single Dancing Makes Us Brave displays perfectly the emotions people go through after a break up, all be it to a dance beat, but this does not make the song lose its empathy.

In April 2016 the duo toured with the hugely successful Years & Years, which included a date at the Wembley Arena in front of 15,000 people. The duo told Too Many Blogs, “Being down the end of the run way saying “HELLO WEMBLEY” felt very good.” I’m sure 2017 won’t be very different.

What they expect from 2017: Nimmo plan to release their debut album early this year. 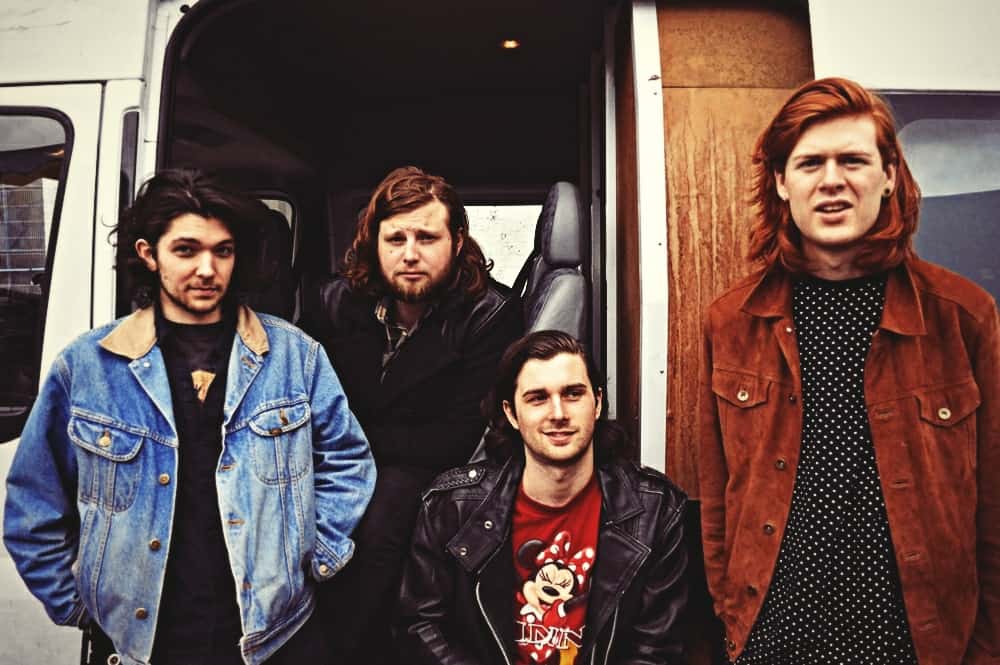 Listen if you like: Queens of the Stone Age and The Black Keys

Breakthrough track: In My Mind

After the success of their nationwide tour in October last year, The Amazons continue to build a great fan base and after the release of their latest single In My Mind it is clear to see why, the track shows the band know how to produce a heavier and darker sound, showing their range and capabilities for the future.

What they expect from 2017: Signed to Fiction Records, the band were part of Radio X’s ‘Great X-Pectations’ last year and are currently recording their debut album with the Grammy nominated producer, Catherine Marks. The album is due out this year. 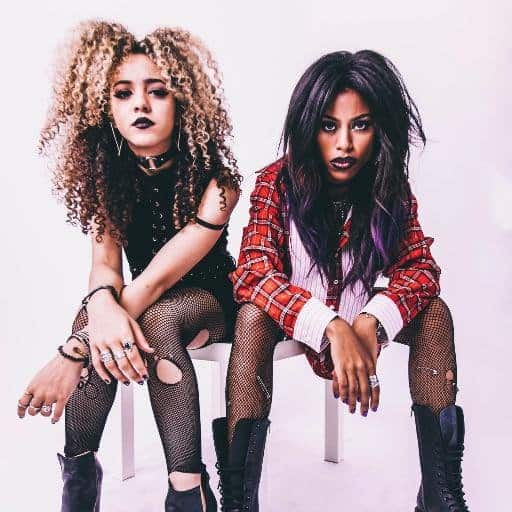 Listen if you like: Skinny girl Diet and The Tuts

The Nova Twins, Amy Love and Georgia South are mentored by their parents, all of whom are music teachers and or jazz musicians, so its clear where the girls got their passion for music.

However the duo go against the norm, writing songs more about the anger of a break-up rather than its heartbreak and sending the message out there, not to stereotype people, just because the girls are mixed raced doesn’t mean they should be singing R&B. The duo told The Guardian, “Sometimes we have to shout a little bit louder. We don’t want to be pigeonholed.”

What they expect from 2017: They combine electric beats with heavy metal and urban rock and the outcome is incredibility unique. Nova Twins aren’t signed to a label yet, but with the release of their debut EP Nova Twins, 2017 will make a change to that. 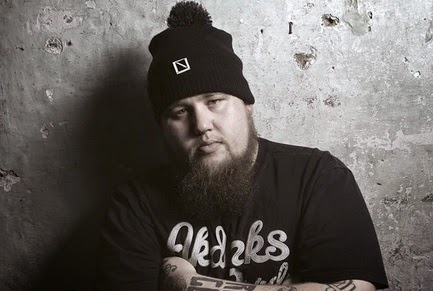 Listen if you like: Jack Garratt and JP Cooper

Roy Graham, better known as Rag ‘n’ Bone Man has recently come to light. The release of his single Human back in July 2016 only got him to number 77 in the UK charts, but after the use of the track on X-Factor, sung by Lucy Middlemas, it has propelled him to the top of the charts and people can’t stop talking about it. The song was also named as the UK’s no. 1 trending song of the week by the official UK Charts Company.

His music is a collaboration of rap and blues, which combined makes for a killer sound and interestingly he got his name from the 1970s British Sitcom Steptoe And Son about two rag ‘n’ bone men. Graham used to watch the series with his Grandfather and told BBC Online, “we’d sit and eat our porridge and watch re-runs of Steptoe and Son on BBC Two. I thought it was hilarious – and Rag ‘N’ Bone Man sounded like a blues name to me.”

What they expect from 2017: So far Rag ‘n’ Bone Man has come second in BBC’s Sound of 2017 and won the Brits Critic Choice award in December last year, depicting his future success for 2017.