On September 4 and 5, the Dark Mills Festival for gothic and alternative culture returns for its second year to Merton Abbey Mills in South London for two days of events celebrating the music and culture of the gothic and alternative scene. With the addition of theatre, film and burlesque in the Colour House Theatre, talks from the cream of the horror film industry, exhibition, walkabout performances and festival market, the Dark Mills Festival returns in 2010 bigger, better and building on the success of the inaugural event. 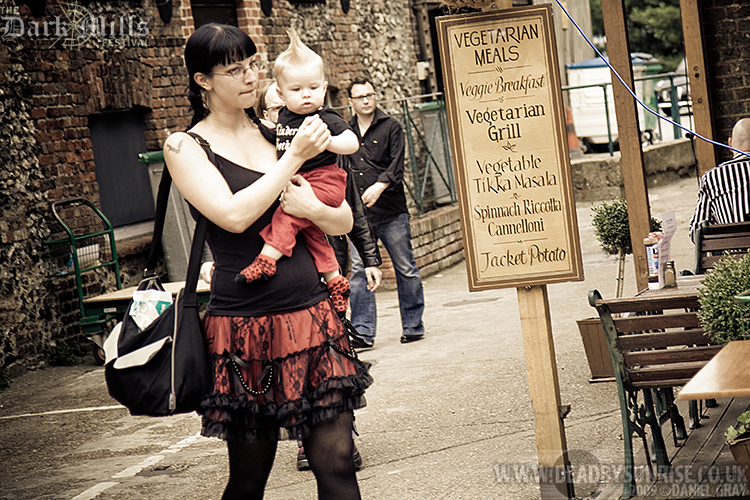 At the heart of the event is the Festival Of Sins band stage, situated near the watermill, which delivers for free some of the best alternative music from Britain and Europe. Headlined Saturday by Birmingham based cult four-piece Beautiful Deadly Children, the two days of music weaves its way through a line-up that includes rising UK stars Deviant UK and Dark Mills favourites Maleficent and Callatrilloz. Saturday is topped off with an over 18’s nightclub as Electric Dreams, London’s longest continuously running club, takes over the Colour House Theatre until 2am with its blend of goth, new wave and new romantic music.

The free entertainment at the Dark Mills Festival is supported by paid for performances in the theatre covering everything from comedy from the likes of the Ubermeister of Swing Frank Sinazi; burlesque by Duchess Divine and Badlands and the downright bizarre from Randy’s Frisky Beaver Show.

Dr. Patricia McCormack (Empire Magazine) introduces a series of talks featuring the leading talent in the horror industry over the last 30 years featuring Bob Keen, famous for his special effects on films such as Alien, Star Wars and Hellraiser, Oscar winning armourer Terry English and others.

Further exclusives await the film buff – Feature films over the weekend include exclusive showings of Alien, introduced by Bob Keen; banned in the UK Mark Of The Devil introduced by Michael Armstrong and Waxwork introduced by Anthony Hickox. Also, director’s present their own shorts including Michael Armstrong with David Bowie’s first film role, the award winning The Image; Anthony Hickox’s never before seen debut Rock-A-Bye Baby narrated by Vincent Price and more, including work from Frazer Lee and Redemption Films. Most screenings take place in the Colour House Theatre, but Sunday evening sees free open air showings of some horror shorts and Alien.

The Crypt, containing the remains of the 11th Century abbey as recently featured in The London Evening Standard, hosts a unique exhibition of art and memorabilia drawn from the worlds of horror films and the alternative scene. Armour by Terry English from Excalibur rubs shoulders with Graham Humphries original painted film posters (Evil Dead series, A Nightmare On Elm Street), artwork by fantasy legend Chris Achilleos and more. 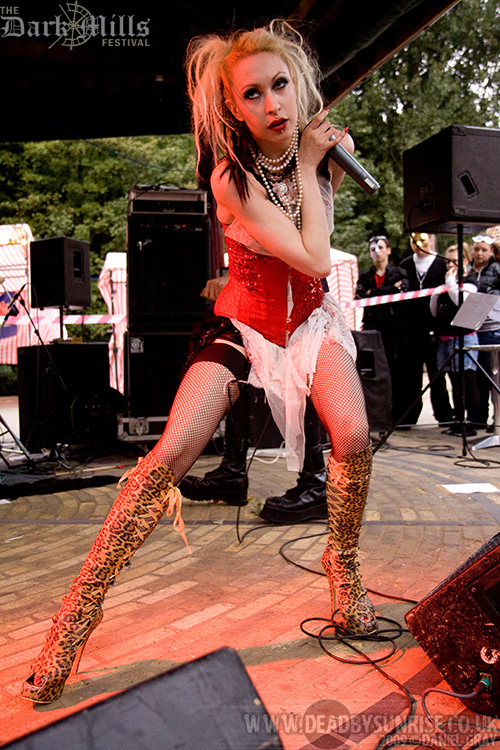