Night Of The Teese – A Cinematic Special is a completely unique, multi-artist revue show created by the world’s most renowned burlesque star, Dita Von Teese. Taking audiences on a journey into fantasy and spectacle, Dita is famed for her ornate sets and dazzling haute-couture performance costumes. For this, her very first filmed special, she handpicked some of the most impressive talent from the thriving US burlesque community and flew them to Los Angeles to perform with her at the historic Orpheum Theater in downtown Los Angeles. Working closely with acclaimed young director Quinn Wilson, Dita has created a visually stunning, endlessly titillating and entirely enchanting film available to stream repeatedly over the weekend. Even if you’ve seen the show before, you’ve never seen it quite like this!

Fans can choose to stream the premieres of Night Of The Teese – A Cinematic Special at any of the following times on Friday October 1st , with tickets to all streams available for purchase by fans anywhere in the world :

Tickets will be available from 13:45pm BST from https://driift.link/DitaVonTeese.

After the last stream finishes, the whole show will then be available to watch on demand for 48 hours over the weekend of October 2nd & 3rd with tickets to all streams granting unlimited, on-demand access during that time. A number of special Night Of The Teese VIP Packages will also be available to ticket purchasers, including a strictly limited virtual Meet & Greet with Dita, personalised handwritten love letters from Dita, and personalised “Ask Dita” videos, as well as Tassel Twirling, Striptease, and Hair & Make Up video master classes & an exclusive event poster.
The show includes performances from Dita Von Teese, Dirty Martini, Perle Noire, Jett Adore, Marawa, and Frankie Fictitious, as well as Dita’s backup dancers Vontourage. Many, including Dita, have never before released video of their routines.

Overjoyed to be able to perform again, after months of lockdown, Dita says, “There’s nothing quite like the experience of a live performance, so I’m often apprehensive about filming the show but with director Quinn Wilson’s enthusiasm for burlesque she truly captures the thrill of a live event, shining her distinctive, dazzling spotlight on each of the performers. It’s been 18 months since we last performed, and I’m thrilled to share this historic, immersive moment and have everyone around the world experience the beauty, talent and diversity of the burlesque community.”

Director Quinn Wilson adds, “Dita is a legend and as the best legends do, she created a stage for not only herself but the immense and powerful talent within the burlesque community. As a director, you can only hope to work with a visionary like Dita Von Teese and the performers she introduced me to. This has been one of my favorite experiences as a director.” 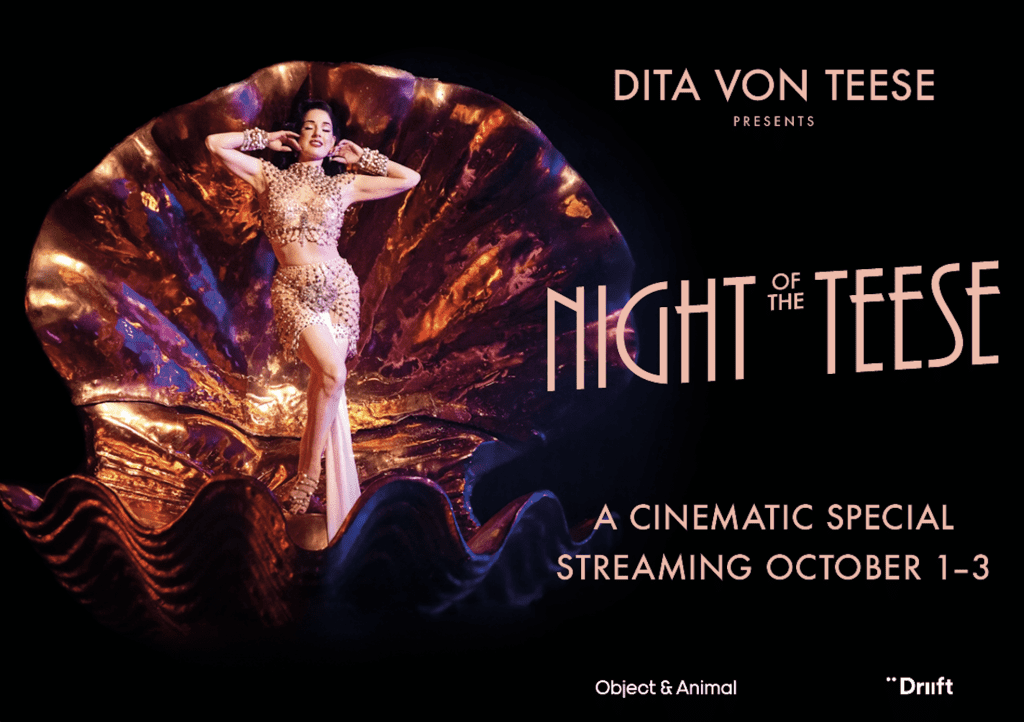