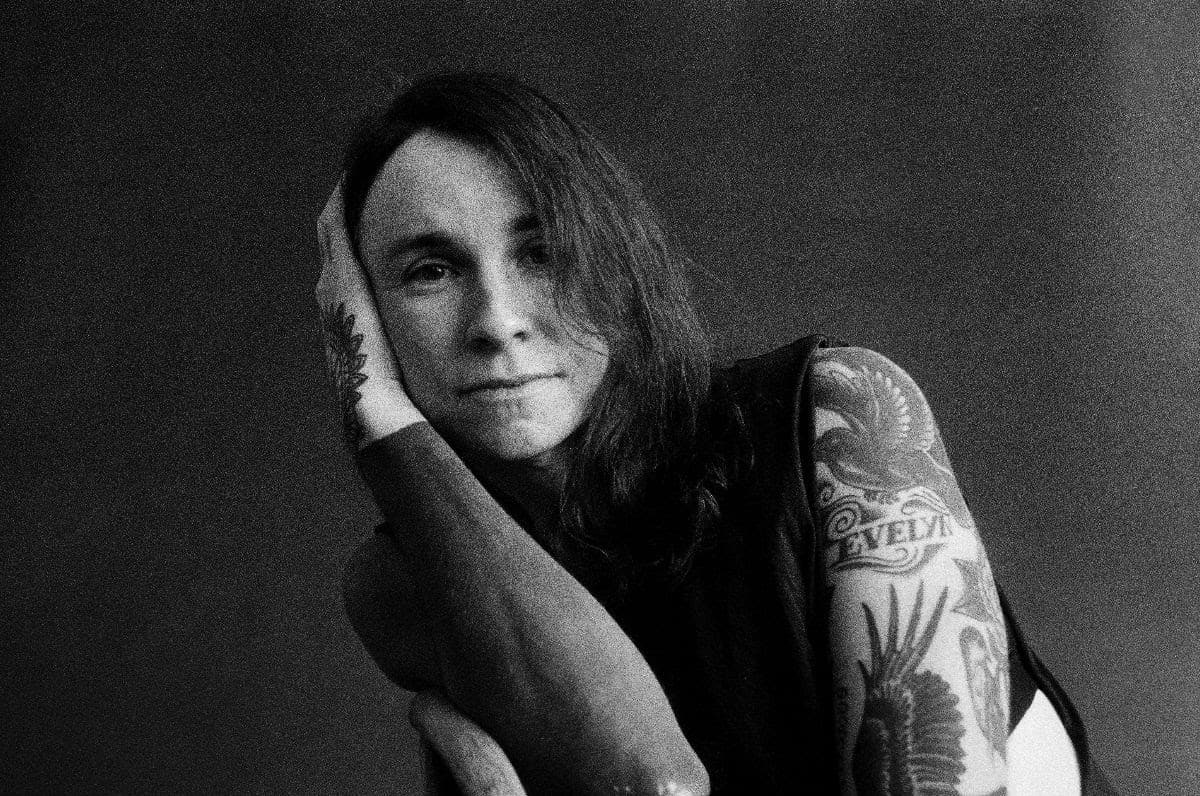 Across the 14 songs that comprise ​’Stay Alive​’, Grace takes all her pent-up fears, anger, and anxiety and releases it, like an olive branch to the weary listeners who are feeling those exact same ways. The songs are documents of a time and a songwriter who experienced enough to find levity in the simple act of doing work. Recorded with nothing more than an acoustic guitar, an occasional drum machine, and her own powerful voice, Grace’s distinct songwriting signature is front and centre.

Laura Jane Grace wasn’t planning on making a solo record this year. In fact, she was planning on making a record with ​Against Me!​, the band she’s fronted for the past 23 years. But clearly, nothing went according to plan this year. ​“We came home from the Against Me! tour we were on in March, and right before we left, we had been in the studio working on songs, and I had been working on them for months prior,” says Grace. As she sat at home, all of her tours cancelled, and the members of Against Me!—as well as her other band Laura Jane Grace & The Devouring Mothers—spread across the US, she was left with a batch of songs and no band to record them with.

“I sat around for a month-and-a-half at a home just being shell-shocked being like, ‘What the fuck happened and what the fuck is happening with the world?’ As I started to get my bearings, I just came to the realization that waiting was going to kill the record and kill the songs. I spent two years working on all these songs, and the idea of throwing them away didn’t sit well with me,” says Grace. ​“But then I was like, ‘What am I waiting for?’ All I have to do is adjust my scope. I can sit here on my fucking ass and do nothing, or I can work.”

So, Grace got to work. She picked up the phone and booked four days with the famed Steve Albini and ​Electrical Audio to document these songs exactly as she’d been playing them in her home, straight to analog tape. The result of the session is ​’Stay Alive’,​ a record that doesn’t just embody that title, it serves as the guiding principle behind its creations. But it also put life back into an industry that’s been ravaged by venue closures, cancelled tours, and delayed records. ​“By putting the songs out, that puts the label in work, that puts a photographer in work, that puts a graphic designer in work, that puts a merch company in work, that keeps it alive,” says Grace. ​“You hear on the news every day about people losing their jobs and everything collapsing, and I want to fight against that. The only way I can think to fight against that is to work.”

Based on this message around work, struggle, and reaffirmed commitments, Grace is looking to communicate that these sentiments are completely universal during this difficult year. As she says in “Blood & Thunder,” a love song to Chicago—or perhaps a mea culpa for “I Hate Chicago” on The Devouring Mothers album ​Bought to Rot​—the album’s thematic premise is all but spelled out: ​“When you give in and quit / There’s a power to be found in it.” It’s an idea that may sound odd on its face, but it displays Grace’s commitment to no longer resisting the changes in front of her. On a record that sees her traversing the globe—from Marbella, Spain to Glasgow, Scotland to London, England to the Land of Oz—”Blood & Thunder” is a begrudging embrace of what can’t be changed; Instead of resisting the city she once loathed, she finds the beauty in the little things, like the moon rising over Indian Boundary Park, or the wind rolling up Western Avenue.

In other cases, songs like “Hanging Tree,” which has a chorus that builds to the phrase, “A burning crucifix and a hanging tree,” have been kicking around since 2017, but finally found a moment that made sense for it on ​Stay Alive. And on “Shelter In Place,” a song about her own isolation and introspection, the pandemic finally gave words to a feeling she’d long had but was never able to accurately describe.

2020 frustrations, roadblocks and world events aside, at the end of it all, Grace made this album purely for herself. ​“I just want to put this out because it makes me feel alive and it’s giving me something better than sitting here losing my mind while the world falls apart,” she says. ​“It doesn’t matter what anyone else thinks about what you do. Just stay alive.”

Why Kant I Be You?