After a three-year wait Nine Black Alps finally returned in October 2012 with their fourth studio album ‘Sirens. Now in 2014 the band show no signs of stopping by announcing details of their fifth album ‘Candy For The Clowns’. 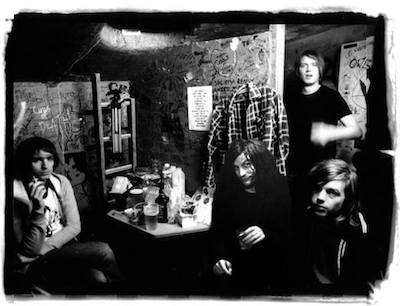 It will be the first album to be released on new Leeds label Hatch Records on April 21. Produced by Nine Black Alps and mixed/engineered by Mark Winterburn at Edge Recording Studios, it’s the clear sign of a band returning to form. NBA will be hitting the road in April as well as appearing at Camden Rocks Festival on May 31.