The band described by David Bowie as “the future of pop music” will headline Sunday night at Galtres Parklands Festival 2014, bringing the weekend’s birthday celebrations to a climactic finale. 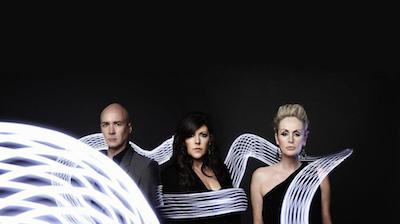 In support will be contemporary electro act Public Service Broadcasting. The Human League join Friday headliners Levellers and Bellowhead at the North Yorkshire festival’s tenth birthday celebration, with Saturday’s headliner’s still to be announced. John Otway, Martin Stephenson,The Men They Couldn’t Hang and Chris Helme are among other acts playing in the spectacular North Yorkshire setting over the August Bank Holiday weekend.

“Finding the right acts for the Sunday top slots filled last year by The Stranglers and the Undertones was never going to be easy,” said festival director James Houston. “But we think The Human League are an inspired choice and will be hugely popular with our audience. They stand out both for their impressive back catalogue and contemporary recordings, and are complemented wonderfully by Public Service Broadcasting who are the most exciting breakthrough electro act of 2014. It’s going to be a fantastic festival finale and a stunning end to our anniversary weekend.”

Galtres Parklands Festival returns this year to Duncombe Park, Helmsley, on the edge of the North York Moors.