Game Changer Wrestling, better known as GCW to many wrestling fans, has burst onto the scene in the last year or so due to their interesting approach to how they put on a show. 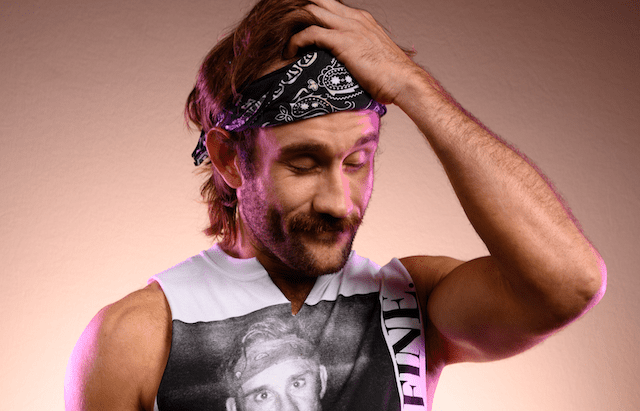 One man who has been part of this journey is Effy, who until recently held the Internet Championship, before losing it to Matt Cardona on their October 9 pay-per-view.

Cardona, formally known as Zack Ryder in WWE, isn’t the only big name to feature on one of the company’s cards. The likes of Jon Moxley, Lio Rush, Nick Gage, and the legendary Minoru Suzuki have also appeared for the brand.

Drawing names such as those above wouldn’t be possible if it wasn’t for the whole GCW team, something Effy is very appreciative of.

“It’s been fascinating because as a team, things have grown increasingly larger at a very rapid pace.” He said

“And with a minimal staff they’ve [GCW] been able to put on some really miraculous stuff that I think is pretty true to kind of D.I.Y [Do it yourself] and the punk roots.” He added.

GCW is known for putting on some intense matches, none more so than a deathmatch. This is just one element of the promotion that Effy thinks gives the company the right “ingredients” to have the best shows possible, along with its determined roster.

But he feels the aim now is to continue to put on consistently great shows due to the promotion’s pay-per-view only format. Whereas WWE, AEW, IMPACT, and Ring of Honor’s tv schedules allow them to not always have “over” events regularly.

“Now it’s the matter of gaining that distribution and then using that distribution to our advantage because you take something like a SmackDown, an AEW, an IMPACT product, or a Ring of Honor, they have these tv distribution deals that are giving them money on a different scale where it doesn’t necessarily, whether it is or not, have to be over or provide on every time, because they have long-scale contracts on this.

“Our model is we’re pay-per-view based, every show is our best show. We have to put out our best product every time. If you are on the block, give everything you need to but recognise your role and find your place.”

Effy went on to mention what he expects to see from GCW’s future and how they aim to be more “revolutionary” than other companies.

“I think there’s going to be a really big period of growth where hopefully we’re doing some things that are more revolutionary than people expect.” He said.

“And hopefully we’re going in a direction that is kind of unheard of rather than, “oh well here’s what the next step would be, you’re going to get a tv deal, do this.” I think there are bigger platforms now, bigger ways for us to get across and there’s an audience that doesn’t mind that HBO Max-rated content that we’re able to provide and we’re not betrothed to any sort of these sponsors in a sense that holds us down.”

He finished by emphasising the importance of showing how the promotion can produce a show different from others.

“It’s like “hey, let’s make sure we’re getting the most out of this,” because America is watching, people are watching all over the world, the industry is watching at a high level and we’ve got to be able to show that, “hey, there are different ways to do this and what’s been done before.”

Interview by Dom Smith and written by Aiden Beswick (@ABeswickSport).

Check out the full chat, where Effy talks about coming to the UK, mental health, LGBTQ+ in wrestling and more, below: