Festival Preview: Live At Leeds – In The City

Home » Festival Preview: Live At Leeds – In The City

It can only be Live At Leeds: In The City – THIS SATURDAY 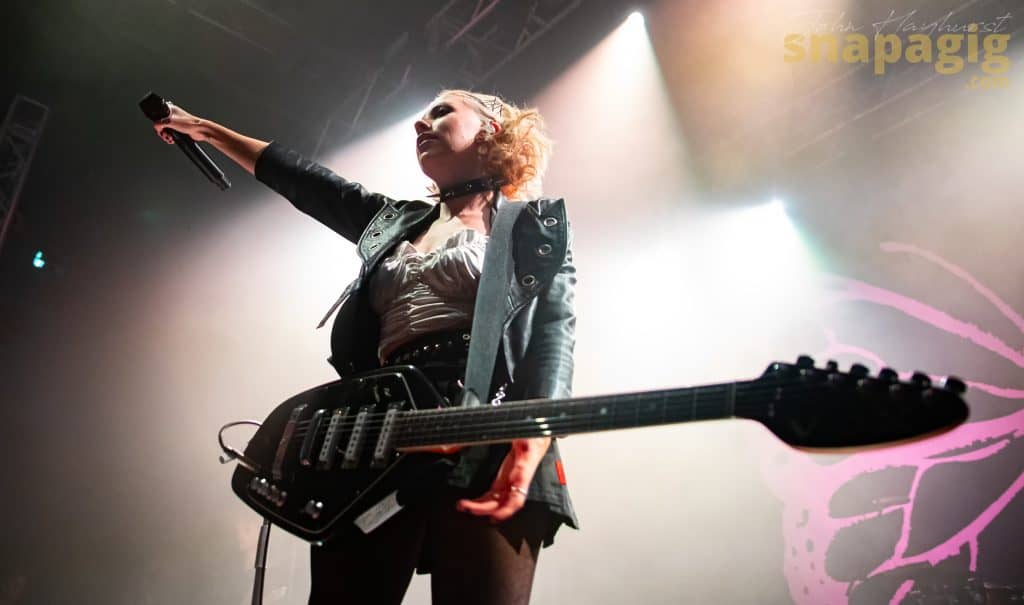 As summer festival season winds down, attention now turns to the thrilling new names ready to make a mark in the months and years to come – with Live At Leeds: In The City sitting as the definitive home for new music discovery and the go-to destination for those looking to find their next favourite artist across an unforgettable day out across Leeds City Centre. Combining essential new voices with beloved bands whose journey has grown and grown through Live At Leeds history. 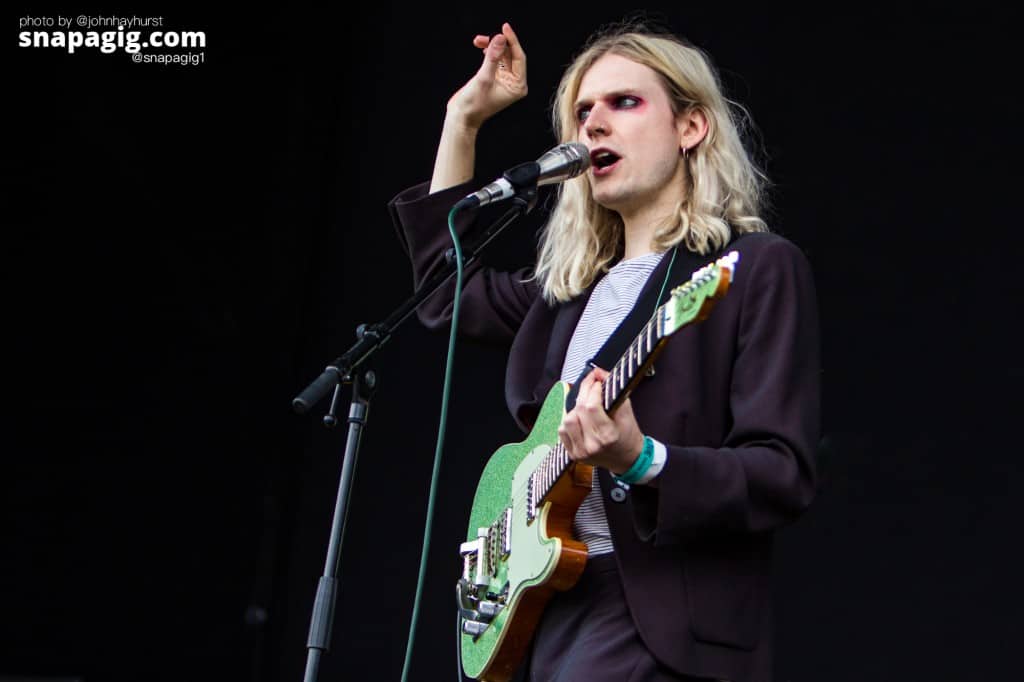 Leading the way are two unmissable bands who across their respective careers have forged their own paths with stunning results. Sundara Karma are a band that capture perfectly what Live At Leeds is all about – first taking to the stage at the festival back in 2015 before going on to become one of the most boundary-pushing and invigorating guitar bands of the past half-century. With soaring anthems, genre-smashing hunger and distinct individuality at their very core – their return to Live At Leeds: In The City is sure to be a show-stopping tour-de-force of a band refusing to sit still, and a prime opportunity to look into a glorious future to come.

Speaking of anthems, White Lies head to Live At Leeds: In The City for a feel-good moment that celebrates a career renowned for finding euphoria in the darkest of moments. From ‘Farewell To The Fairground’, ‘To Lose My Life’ and ‘Bigger Than Us’ to ‘There Goes Our Love Again’, ‘Death’ and ‘Big TV’ amongst many many others, along with new album ‘As I Try Not To Fall Apart’ already sounding like one of their finest – expect a packed crowd and singalongs galore when they head to Live At Leeds: In The City

Live At Leeds: In The City confirms its reputation as a living, breathing festival that serves as the perfect menu for those looking to tuck into incredible artists and new voices ready to soundtrack the year ahead. Not just spotlighting the brand new voices that will be on the tip of music lovers’ tongues throughout the year ahead but also those welcoming in bold and refreshing new eras – it’s a city-wide playlist of everything vital. None may come as vital as breakthrough leaders Crawlers, fresh from a summer that has seen them emerge as a visceral new force in alternative music. With a debut mixtape (‘Loud Without Noise’) set to land soon after the festival, expect their powerful anthems that turn turmoil into tragedy to sound even louder as the next big band sensation make their mark at Live At Leeds: In The City 2022. 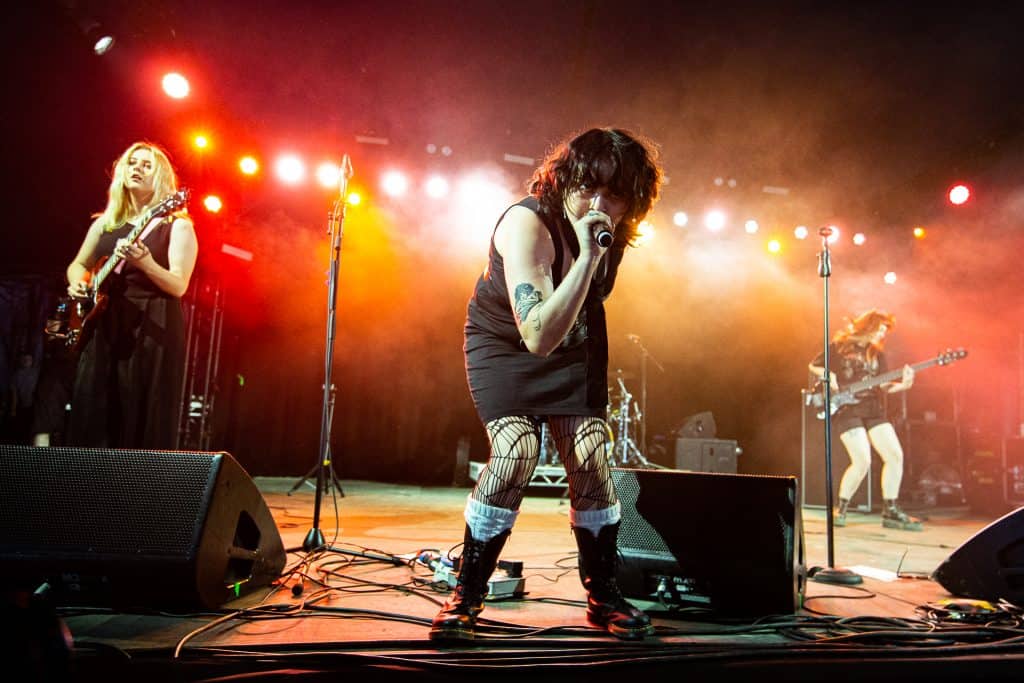 From the uncontrollable energy of Warmduscher, the powerful tones of Glasgow’s own Joesef, the genre-hopping energy + vision of Connie Constance and the timeless voice of alternative music icon Gruff Rhys – to the wide-eyed indie dreaming of Swim Deep, festival season favourites Lottery Winners, the must-see tales of Slaves’ Isaac Holman and his Damon Albarn-approved new project Baby Dave, the vocal spins + on-your-toes urgency of Jelani Blackman and the earnest joy that comes from songwriter Casey Lowry – at every turn Live At Leeds: In The City has something fresh and new just waiting to be discovered by the thousands of music fans who gather from across the UK every single year for this very date. If there was an AGM of the best in new music, this would be it. 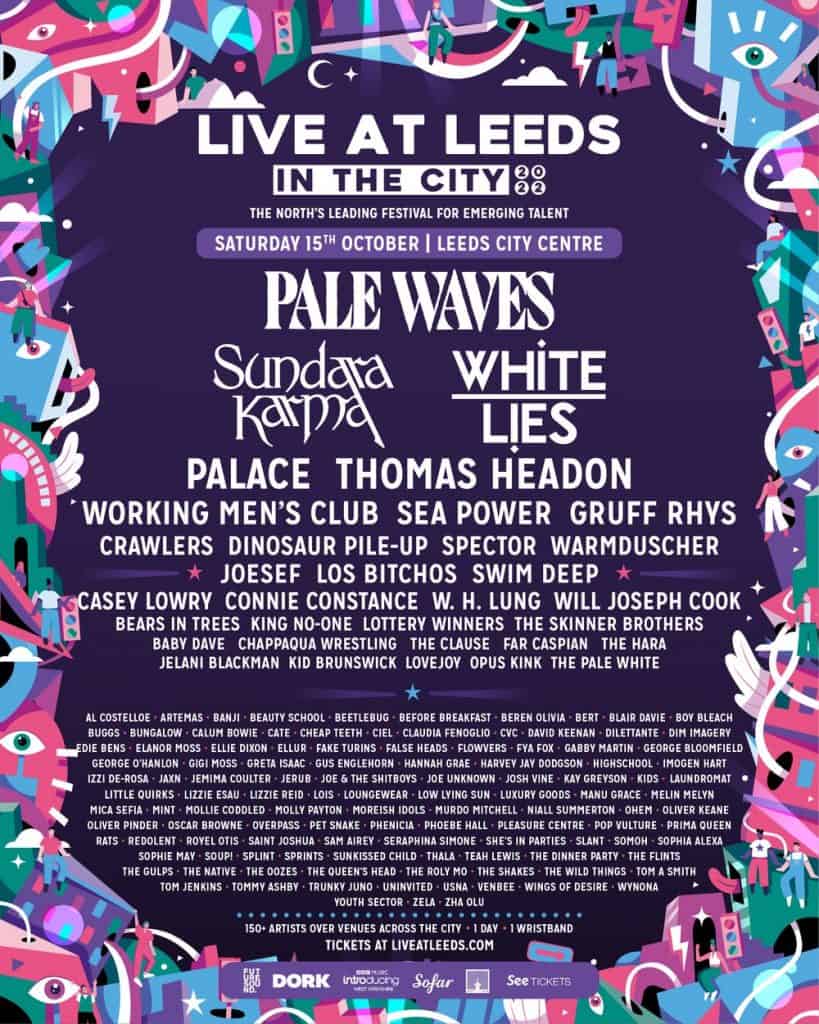 Across 14 venues and 16 stages but all within 1 day with 1 wristband – Live At Leeds: In The City roars with the needed voices for the year to come. The place to be for those looking to define those artists you’ll be keeping an eye on in the next 12 months – there’s something for everyone. If it’s rock and punk you’re after, dive into Faroese vegan punks Joe & The Shitboys, the other-wordly community that is King No-One, the overflowing takeover that is Kid Brunswick, Youth Sector, The Hara and The Pale White amongst many others. For those looking for swooning sounds and glorious showstopping performances look no further than the jaw-dropping vocals of Far Caspian, Welsh diamonds Melin Melyn and CVC, must-see trio CIEL, Seraphina Simone and the stadium-sized backdrops of Wings Of Desire. For those searching for indie licks primed to set up shop in your head from the very first note, take burgeoning sensations Lovejoy, the rabble-rousing The Shakes, Rats and recent Nice Swan signing Splint.

An inner-city destination that year after year has been responsible for showcasing the next future superstars in one place before anyone else, Live At Leeds: In The City is the true discovery festival for fans, with the likes of Ed Sheeran, Stormzy, The 1975, Lizzo, Sam Fender, Royal Blood, Sam Smith, Tom Grennan and many more all gracing the Live At Leeds stage on their way to global tours and multi-platinum success – with 2022 promising to be no different. Discovering the next big thing, your next favourite artist and the soundtrack to the year ahead – Live At Leeds: In The City returns once again as the only date in the diary new music fans need.