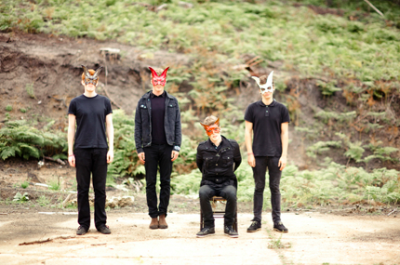 Strong fixtures on the touring circuit for sometime, the band have shares the stage with many UK and US bands, including the forthcoming October tour with The Blackout.

This headline run sees them hitting 14 cities between January 20 and February 9, 2012. Support for the tour comes from Proxies plus other special guests.

Canterbury’s debut album ‘Thank You’ has had over 40,000 downloads to-date. Their second album, recorded in Devon by Peter Miles (Futures, We Are The Ocean) is set for release in the Spring of 2012. The first single from it ‘More Than Know’, is released on October 31, 2011.