Scottish death metal act CEREBRAL BORE have had an incredible year so far, signing a worldwide recording deal with Earache Records, releasing their debut album, and completing a successful US tour. 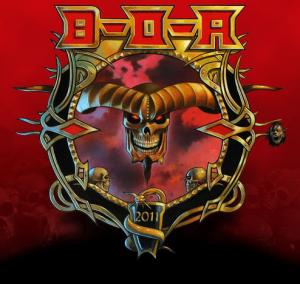 Now, CEREBRAL BORE are gearing up for their first ever appearance at the UK’s favourite metal festival, Bloodstock Open Air. The band will be performing this Friday, 12th August at 2pm on the Sophie Lancaster Stage in front of a home crowd of rowdy metalheads.

“We have played a whole bunch of open air festivals in Europe, but never in the UK, so this is sure to be pretty surreal for us! Especially with bands like Motorhead and Morbid Angel on the bill. Pretty much everyone I know in Scotland who listens to metal is going, so hopefully we will have a good crowd and tons of bodies battering each other! But most of all, it will be great to play to such a big home crowd, with a bit of luck it will be something we get to do more often in the UK.”