The genre-spanning Halifax quintet will bring their blend of atmospheric doom to the main Jagermeister Stage at Leeds University Union, on Saturday, November 6, 2010. 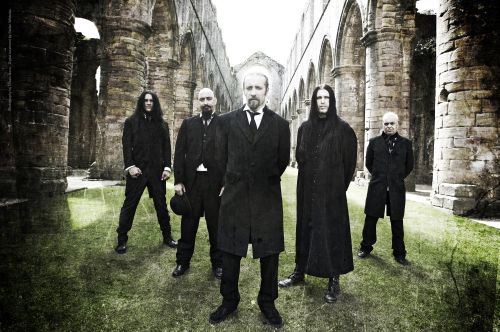 And they’ll be joined by German progressive metallers The Ocean, rising post-rock trio Maybeshewill and the politically inspired industrial overtones of October File.

With The Dillinger Escape Plan, Earthtone9, Anaal Nathrakh, Lawnmower Deth and Alcest among the names already confirmed for the sixth edition of Damnation Festival.

Paradise Lost vocalist Nick Holmes last night revealed the band are looking forward to taking the stage in Leeds, if not negotiating the roads network.

He said: “It’s fantastic to be playing at the Damnation Festival, and we hope to see you all there.

“I never got my head around the one way system in Leeds, thankfully someone else will be driving so we should arrive on time!”

Festival Director Gavin McInally added: “Following the triumphant performances by My Dying Bride and Anathema in recent years, it’s fitting to have Paradise Lost complete the final piece of the Unholy Trinity at Damnation.”