Festival Republic reveal that Social Distortion and Less Than Jake will be headlining the hugely popular Lock Up Stage at this year’s Leeds and Reading festivals and also confirm some additonal names for the Dance Stage. 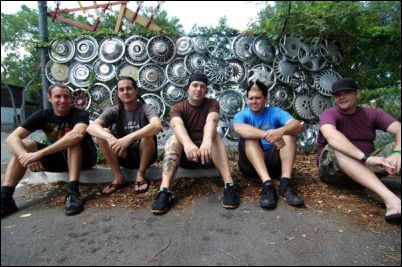 With legendary names such as The Cure and Foo Fighters already playing the main stages at the Leeds and Reading festivals on August bank holiday weekend this year, the announcement of the acts playing the Lock Up Stage at both festivals has been eagerly anticipated.  We can reveal that Social Distortion are set to headline the Lock Up Stage on Friday April 24 at Reading and Saturday April 25 at Leeds and Less Than Jake will headline the stage Friday April 24 at Leeds and Sunday April 26 at Reading.

Alongside the headline acts, other huge names such as Anti-Flag, Gallows, Every Time I Die and Turbonegro have also been confirmed to play the UK festivals.  Here is the confirmed line-up for the Lock Up Stage so far:

Less Than Jake
Me First And The Gimme Gimmes
Gallows
Turbonegro
Trash Talk
Good Riddance
The Skints
Polar Bear Club
This Is Hell
The Flatliners
Apologies, I Have None

On the Dance Stage more names have been added to the line-up:

Clement Marfo and the Frontline

Many more names are still to be announced including the full line-up for the NME/Radio 1 Stage, Festival Republic Stage, BBC Introducing Stage and the Alternative Stage.