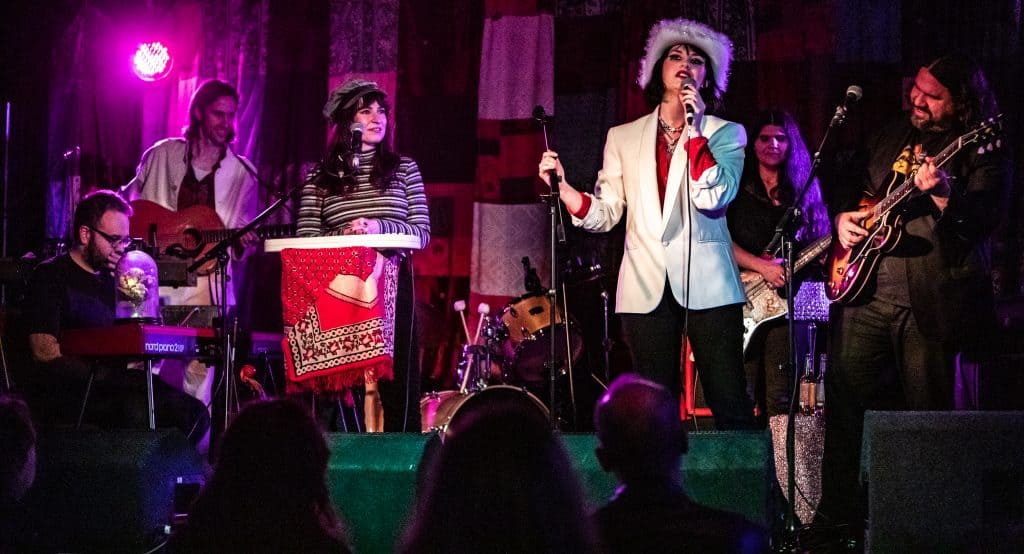 It has been a week of amazing female voices – from Beth Hart on Sunday, Hannah Reid (London Grammar) on Tuesday and now Ren Harvieu tonight. All 3 have very different styles of delivery but are equally incredible to see and hear live. Through the week I’ve been at an arena, a mid sized concert hall and now ‘The Crescent’, a former working men’s club that is rapidly becoming the beating heart of York’s independent music scene. They have even this week announced a collaboration with Leeds records store Crash and the legendary Brudenell venue to put on Damon Albarn concert at the Minster, such is the rise of this much needed establishment. 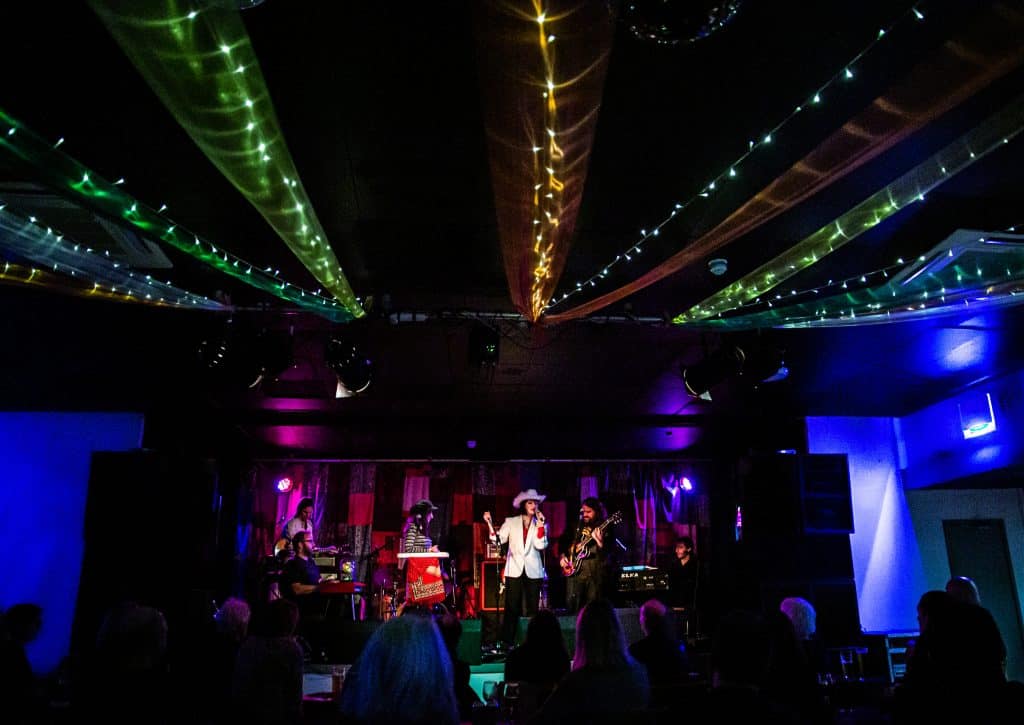 The stage is decked out with a patchwork curtain backdrop and various lit up ornaments, the ceiling has a glitterball and is festooned with lights and coloured silks ribboned towards the stage. We have tables and chairs set out, this is a sit down gig! The stage can only just fit the 7 musicians on, unexpectedly, well for me anyway, we have a couple of members of The Magic Numbers – Romeo and Michele Stodart in her band. I find out later that Romeo is credited with co-writing 50% of her latest album ‘Revel in the Drama’ and Ren has recently been on tour supporting them, so this is potentially a returned favour, either way the quality of musicianship in the room is impressive, as we have already witnessed two admirable warm up sets from other members of her band – Felix Holt and Robert Chaney.

Ren arrives on stage wearing a fluffy white cowgirl hat, white suit jacket and black trousers. The hat appears to be ‘IN’ on this tour, and it stays on for the whole night. Opening with ‘Teenage Mascara’ her silky smooth pure vocals are on point immediately “Quick Snap take my Photograph, I’m looking moody don’t make me laugh” go the lyrics, the joke is not lost on me as I’m also taking the photos of her tonight during the first 3 songs.

In-between the songs we get to hear more about the journey that Ren Harvieu has taken to get to this point, and I’m not talking about problems on the M62 from Salford. To quote “Some Serious Shit Happened” after she recorded her 1st album, having more or less been dropped by the record label even though the record made top five, suffering a serious spinal injury, a break up with a long term partner, generally, it was a case of too much too soon for the then still teenager to cope with. Following that there were some ‘dark years’ and when she finally brought herself back with a new album (8 years after the first record), it was released on Day 1 of the pandemic lockdown – perfect timing!. 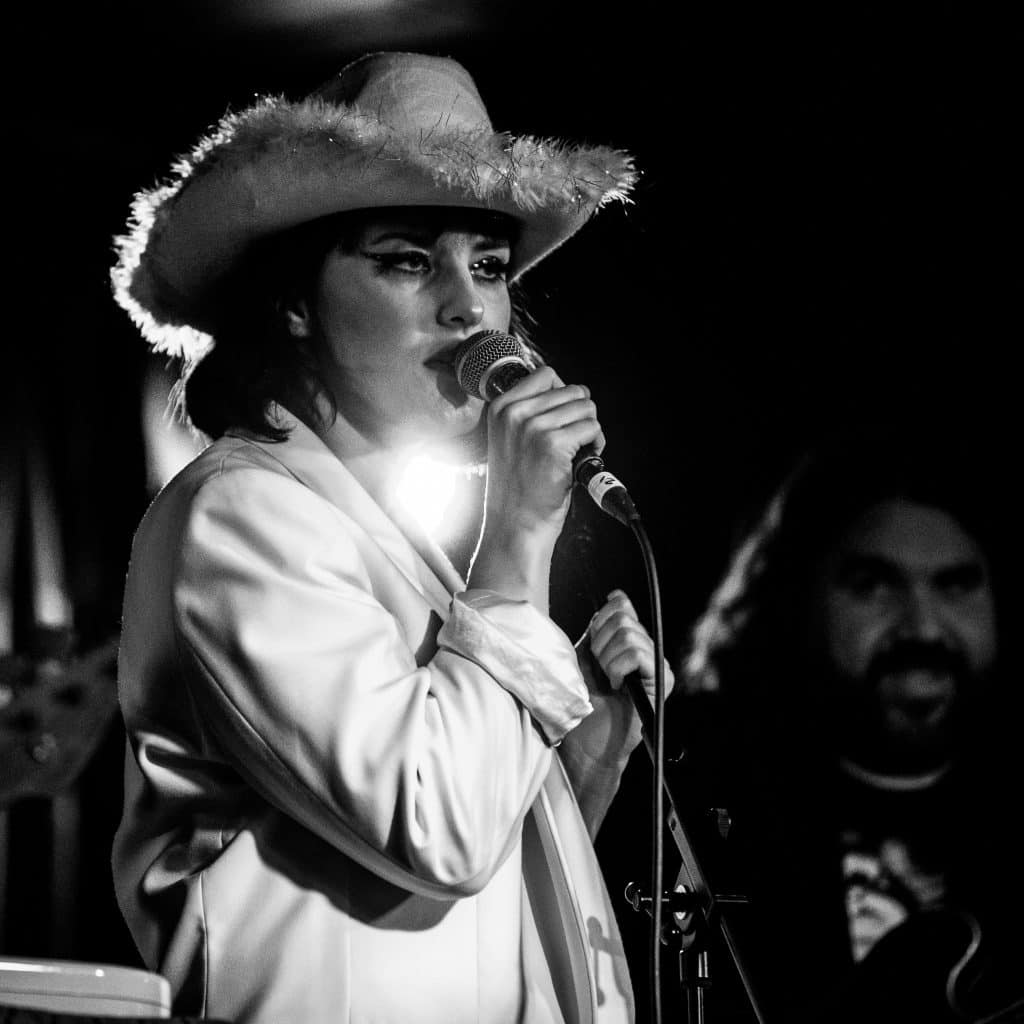 There is still a slight vulnerability when she speaks to her audience – but she talks a lot, and it is part of her endearing charm to hear all this stuff. Then through song and performance she transforms into this confident strong soulful singer you would expect to see and hear in a jazz club from a bygone era, her pitch and tone are perfect and it all looks effortless, I’m sure she would rather be slow dancing, but there is really no room to move on that stage. 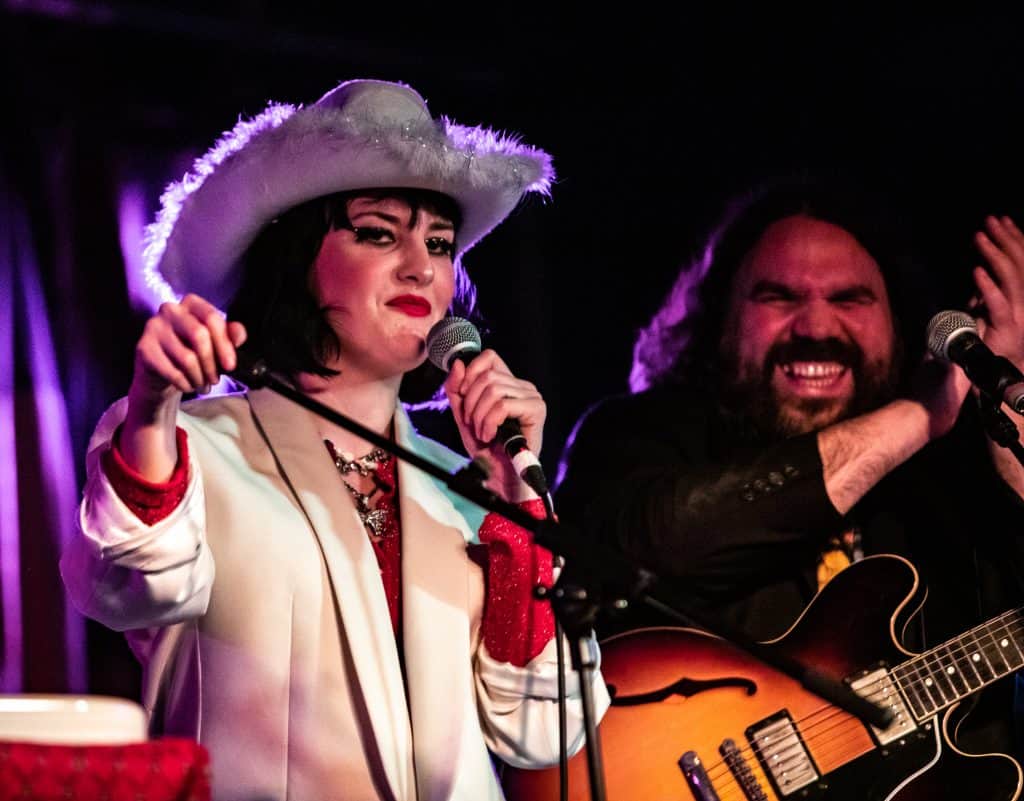 Favourites tonight are ‘Curves and Swerves’ where a few fans do some dance moves by the bar and ‘Yes Please’ where Ren picks up a couple of drumsticks to hammer her points across in the chorus. Although it is hard to choose as every track on the setlist tonight is delivered with that woozy, dreamy perfect vocal tone. The audience tempt her back for the encore of ‘Open Up Your Arms’ and as she is surprised by how many have turned up in York (“I didn’t realise I was big in York”) she comes back for another final song.

This is all classic stuff that I could easily see transferring to the Royal Albert Hall or other grander venues. However, for now we will continue to enjoy Ren Harvieu in the 200 – 500 capacity venues like The Crescent tonight.