3 Doors Down, the Southern US chart-toppers with 16 million album sales to their name, are embarking on a European tour which comes to the UK in March. South African rockers Seether are providing support on the dates. 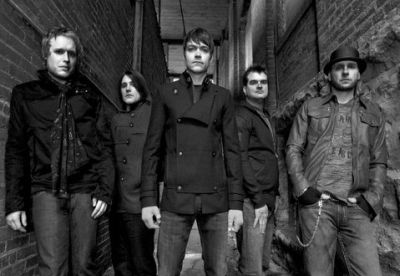 The band – completed by Matt Roberts (guitar/vocals), Todd Harrell (bass), Chris Henderson (guitar) and Greg Upchurch (drums/percussion) – first came together back in 1996, since which time they have enjoyed seven number one chart hits in the US plus a dozen top 10 chart positions, with top 3 smash ‘Kryptonite’ (2000) effectively proving the ‘breakout’ release.

Newest album, ‘Time Of My Life’ was released in August on the Spinefarm label, along with a video for a special rock remix of the second single from their fifth studio effort, ‘Every Time You Go’.

The tour kicks off in Paris on March 6 before crossing shores and hitting the UK. Dates are as follows: –

For more information visit the official 3 Doors Down website.