Bright Eyes yesterday announced a new single to be released for July 4 titled ‘Jejune Stars’, from their seventh studio album ‘The People’s Key’. On the same day a special EP titled ‘Live Recordings’ will also be released exclusively through HMV. Limited to 1000 digipack CDs, the EP will be comprised of live versions of six songs recorded on the current tour – ‘Firewall’, ‘Shell Games’ and ‘Ladder Song’ (from ‘The People’s Key’), ‘Arc Of Time’ (from 2005’s ‘Digital Ash In A Digital Urn’) and ‘Bowl Of Oranges’ and ‘Lover I Don’t Have To Love’ (from 2002’s ‘Lifted Or The Story Is In The Soil, Keep Your Ear To The Ground’). 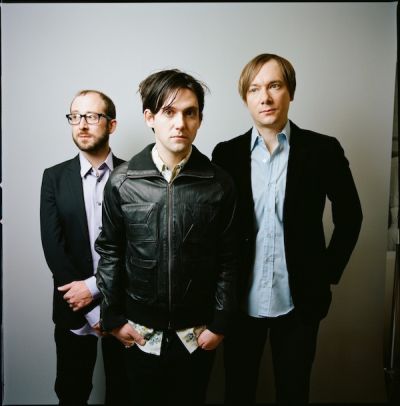 The video for ‘Jejune Stars’ is directed by acclaimed cinematographer Lance Acord and was filmed using flares, fireworks, and an illuminated marquee. Acord worked his way up from photo assistant to cinematographer and landed his first feature film credit for the cinematography of cult classic, ‘Buffalo 66’, which garnered international acclaim for its striking imagery. Quickly following up with award winning films, ‘Being John Malkovich’ and ‘Lost in Translation’, Acord secured his place on the map as a visual storyteller to watch. Lance Acord has three Cannes Gold Lions, a BAFTA nod for ‘Lost In Translation’ (cinematography), and a Director’s Guild of America nomination for Outstanding Achievement in Commercials. Watch the video below…

Since 2006 the once revolving cast of Bright Eyes players has settled around permanent members Conor Oberst, Mike Mogis and Nathaniel Walcott, with additional musicians joining them in the studio and on tour. Fully realised and bursting with charisma The People’s Key is an assured and accomplished album, artfully arranged and filled with the engaging and mesmeric songwriting for which Oberst is renowed.

For more information and full European tour dates (the Birmingham and Manchester headline shows set for July are sold out, with some tickets still available for Gateshead and Leeds. Bright Eyes will also perform at Glastonbury, T in The Park, Oxegen and Latitude Festivals), visit the official Bright Eyes website.