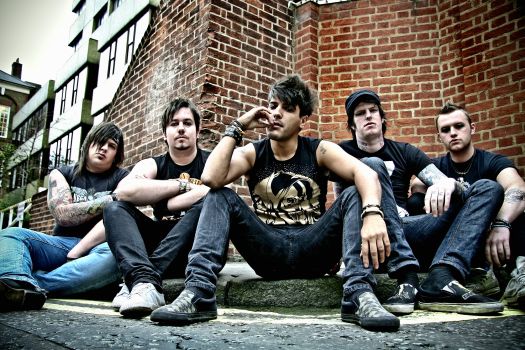 First single ‘Our City Sleeps’ (released end of October) features Stevie D from Buckcherry. The quintet are addicted to the road and having just returned home from touring with Soil and Puddle of Mudd, then Duff McKagan’s Loaded, the band have little downtime before they hit the road again for a UK tour with Glamour Of The Kill next month. The Spring then sees them heading off to Europe for the ‘Invade The Stage European Tour’ with Yashin and Glamour Of The Kill again. The boys have more exciting tours in the pipeline!

Catch them live at one of the dates below: