KMFDM have announced their remix album titled ‘Krieg‘ which features reworks of the recent ‘Blitz‘ album from past and present members of Combichrist, Nine Inch Nails, Static-X, Skinny Puppy, Pop Will Eat Itself, Stabbing Westward, Prong and more. 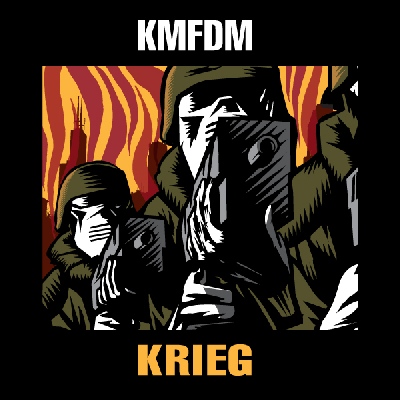 The band will also tour the UK with a date in Manchester.

‘Krieg‘ features 12 tracks, over 55 minutes of new and exciting remixes from some top names across the musical spectrum. Out now in Germany and in North America and the rest of Europe on April 27, 2010

The official tour dates for the UK are below: