Blackpool band The Colours are now part of the Hey Bert Records roster. 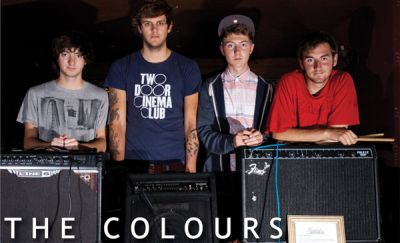 The quartet, who formed in 2010, say the decision to join the label makes the band feel they are more of a team, as singer Jake Powell explains:

“I feel working alongside Hey Bert Records has helped increase our potential. The band no longer feels dependent on me or another member having to arrange everything. It seems being with Hey Bert, we feel more of a team. The main importance at the moment is getting these new tracks recorded and exposing what the best of our ability, currently, is.”

Powell also admits signing the Hey Bert Records deal gives them a greater sense of Northern identity; “The North-West hasn’t influenced me as greatly as everyone would expect, with my only real Lancashire based influences coming from Delphic and Chapel Club. The current scene seems to be majorly southern sounding, with the likes of Wolf Gang, who I recently saw a documentary about, finding a lot of mainstream success.”

The Colours have released two tracks online. Joe Packman, the group’s drummer, believes ‘Olivia in India’ and ‘Everyone Complains, Nothing’s Granted’ is their best material so far; “The release is just to illustrate the direction we’re heading and to inform fans that we haven’t just drifted off the radar… we just hope it’s to everyone else’s liking.”  The tracks are available via the Hey Bert Records website.