ULTRA Q return with new single ‘I Watched Them Go’

California’s Ultra Q return with new single ‘I Watched Them Go’, which is their first new music since releasing EP Get Yourself A Friend last year via Royal Mountain Records. 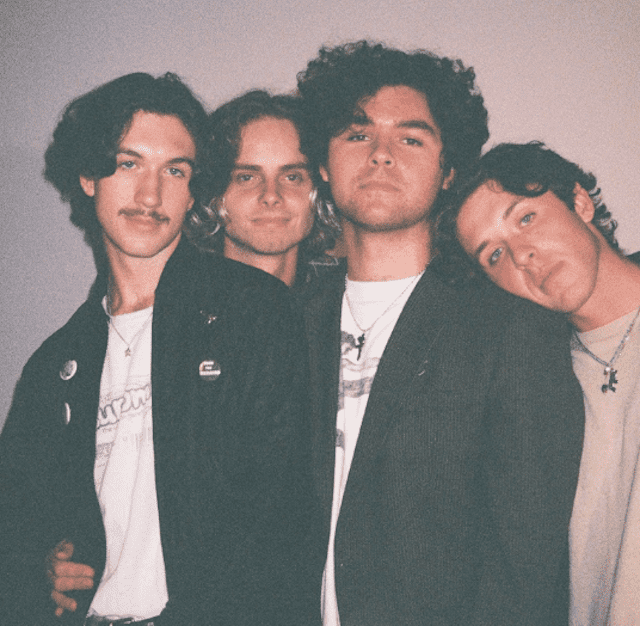 Jakob Armstrong—youngest son of Green Day frontman Billie Joe—began playing guitar at seven years old and honed his craft privately until about sixteen, then playing in bands in and around Oakland after meeting friends with like-minded tastes in music. Soon enough, with the memories of Ultraman action figures fighting in his head, he and a group of friends formed Ultra Q – its name is inspired by an Ultraman prequel series; a deep cut for import action series lovers. Brothers Enzo and Chris Malaspina, plus Kevin Judd complete the band.

‘I Watched Them Go’ is their first pop song and represents everything the four-piece is supposed to be. It’s catchy, outrageous, it’s beautiful, but it lands just enough in left field to be unexpected for previous fans.

On the track, Armstrong says, “‘I Watched Them Go” is Ultra Q’s first pop song. At the same time though I think that it represents everything that UQ is supposed to be. It’s catchy, it’s outrageous, it’s beautiful, but it lands just enough in left field to be unexpected for our fans. We think this is the perfect single  because while it’s definitely extreme, it’ll find a home in our fans. Both old and new.”

Watch / Listen to ‘I Watched Them Go’ HERE