A five-track EP by A Place To Bury Strangers gets a February release. 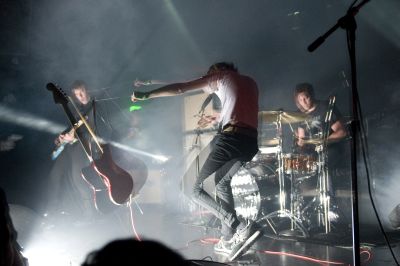 ‘Onwards To The Wall’ is the first material issued on the Dead Oceans label by the Brooklyn band, whose line-up has now expanded to a trio with the addition of bassist Dion Lunadon.

One of those five songs, ‘So Far Away’, is now available as a free download via the following link.  The whole EP is released on February 6.

UPDATE (FEBRUARY 2): A Place To Bury Strangers have just announced UK live show dates for the spring, which round off an extensive European tour:

Details on these shows and their other European gigs can be found on the band’s Facebook page.