By Editor August 11, 2009 September 24th, 2013 World
No Comments
Andrew WK has announced details of his new album, the follow up his 2008 record ‘The Japan Covers’.
It’s named ’55 Cadillac’, and the album was recorded by WK in just two hours, and then edited down to eight piano-based tunes. It is released on September 7. 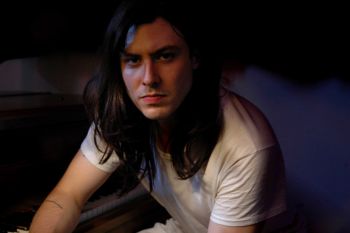 In a statement, the artist explained that he recorded the entire album without any planning.

“It felt to me like I was hanging by a thread the whole time, or I was about to fall off a cliff,” he explained.

“I would play for as long as I could or as long as it seemed right and, most of the time, when I stopped that was that song.”

The tracklisting for ’55 Cadillac’ is:

For more visit the official MySpace.