This year will see the 19th edition of Hungary’s Sziget Festival. Since its birth in 1993 the event has hosted a total of 17,950 programs – including 7291 live concerts – with performers from 62 countries and 5,448,372 fans from all corners of the universe. Between 8-15 August, 2011 Sziget will open its gates again on the well-know location and welcomes visitors for last year’s ticket prices. For more updates click below. 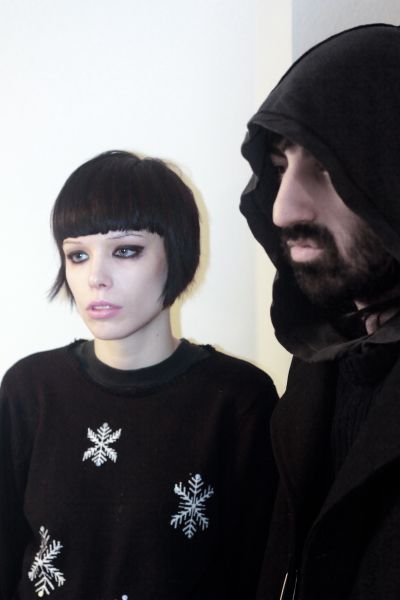 Electronic payment options and mobile internet access at the festival

A fast and convinient payment service is returning and will be upgraded this year, with the general aim of leaving the hassle and risk of cash-payments outside the Sziget borders. Last year’s experimental program will be extended to the entire territory of the event and the launch of the new and exclusive Metapay system means that visitors will pay for food, drinks and all other services with their Sziget cards or smartphones.

Sziget cards will be handed out to all visitors and offer a safe way of paying and storing money, while they can easily be recharged, checked or banned.

Vodafone is focusing on mobile internet solutions at this year’s Sziget, enabling smartphone users to enjoy a remarkable 21 mbit/sec mobilenet service. Another outstanding new service will be mobile payment, accessible for phones with NFC chips.

“Sziget is one of the most popular meeting points of the European youth, a cultural bridge between east and west. Besides great international acts and up-to-date bands, a major emphasis is being laid on the introduction of the central and eastern European region in 2011” – Fruzsina Szép, program director of Sziget.

The CEE focus has three main attractions on this year’s Sziget: the well known Roma Tent, celebrating its 10th anniversary this year, and new venues like the Europe Stage and the Central Eastern European Travelling Funfair.

The newest list of confirmations is also a strong selection. It will surely please fans of quality guitar music, as they get to see Great Britain’s trendiest indie band White Lies. Other new additions to the line-up include La Roux and Manic Street Preachers presenting their 2010 album ‘Postcards From A Young Man’ and hopefully giving us a taste of their new LP, scheduled for this November. Few people would think that members of a hardcore punk band also have modest and sensitive sides, but that’s exactly the case with Mariachi El Bronx, formed from the members of the uncompromising Californian punk band The Bronx. New-Zealand’s exciting musical export item, Batucada Sound Machine will be there as well, while fans can also meet up with one of the most important aspirants of the future soul-generation, Ben l’Onlce Soul.

Some of the names already announced for the World Music Main Stage are AfroCubism, Gotan Project, Goran Bregovic Wedding And Funeral Band, Ojos de Brujo and Rotfront. Besides them, Oi Va Voi is also happy to return to Sziget, while psychedelic rock-country-blues band Cowboy Junkies will play in Hungary for the first time. The line-up will include Sly & Robbie feat. Jr. Reid and Slovenian Magnifico and Shtetl Superstars – only gaining popularity this year, but strong contenders to become one of the big shots of the decade. LaBrassBanda appeared three years ago in Munich and the leather-pants combo immediately made the Bavarian beer festival atmosphere their trademark. Ska Cubano is already considered to be a frequent player of prestigious world music festivals, so it is almost needless to say that they must visit Sziget, too. And we shouldn’t forget about world class Hungarian acts: Csík Zenekar, Lajkó Félix and Muzsikás will once again present their unique shows in front of a passionate world music fanbase.

A great new open-air venue is ready to welcome fans of harder genres. Rock-Metal Main Stage will be, among many others, a home to legends like Judas Priest and Motörhead, but also Within Temptation, Deftones, Lostprophets and Sonata Arctica will make those heads bang in the moshpit. More to come soon.

It has already been announced that Crystal Castles, Peter Bjorn And John, Marina And The Diamonds and Hurts will play at A38-Wan2 Stage. Among the new names a strong British presence is evident: Bomb The Bass, Kode9, Digital Mystikz and Gaslamp Killer will give their best for Sziget fans. Suicidal Tendencies and Xiu Xiu will be representatives of the United States and there are also three Dutch artists in the line-up: De Jeugd van Tegenwoordig, DeWolff and Kees van Hondt. Besides those, A38-Wan2 Stage will be happy to host Mitch & Mitch (PL), Selah Sue (B), Terry Poison (ISR) and Buraka Som Systema Live (P), too.

Some of the names performing at Party Arena have already been announced: The Bloody Beetroots Death Crew 77 and Kid Cudi will definitely come to do a set. New additions include Trentemoller and Zombie Nation and finally there is also news on the late evening acts. 2 Many DJs led by the Dawaele brothers is planning to give all fans a spectacular and crazy night at Party Arena. The coolest trance-collective of Great Britain, Above & Beyond will not only focus on their classic tracks, but will also make you dance like crazy with their new album ‘Group Therapy’, to be released in June. The most popular and versatile techno-musician of Spain, Cristian Varela will be here and the oustanding DJ, producer and remixer Dubfire will also arrive to this year’s Sziget in the company of Carlo Lio. Another guest of the Party Arena will be Richie Hawtin, one of the most outstanding features of the minimal techno scene, living in Berlin for a long time. And Technasia will play again for party faces open for a special and exotic techno experience.

Europe Stage is fresh and open-air, a venue where bands from several European countries present their skills. These bands are all extremely popular in their home countries, but still waiting for an international breakthrough. Now they have the chance to prove in front of an enthusiastic Sziget crowd. The already confirmed Europe Stage line-up includes Go Back To The Zoo from Holland, Triggerfinger and Wallace Vanborn from Belgium, Verdena from Italy, Söhne Mannheims from Germany, Ismo Alanko & Teho from Finland, For a Minor Reflection from Iceland, Elvis Jackson from Slovenia, Puding Pani Elvisovej from Slovakia, Skyline from the Czech Republic, Gravity Co. from Bulgaria, Francis International Airport from Austria, and The Mono Jacks from Romania.

Sziget Festival weekly tickets (including camping) are available for 200 Euros, and if you are not the camping type, you can buy a non-camping weekly for 140 Euros. Daily tickets will be available from May for 45 Euros.

Beware of ticket fraud! In the past few weeks, dozens of fake tickets have appeared on the festival market. Serial numbers of counterfeit tickets have been banned, so these are invalid. Sziget Festival puts great efforts into the extension of its official ticketing network, so check the list of our distribution partners on our website and be sure you only deal with them.