Following Biohazard‘s reformation last year, it’s been announced that the Brooklyn-based crossover metal icons are set to release a new record next year. 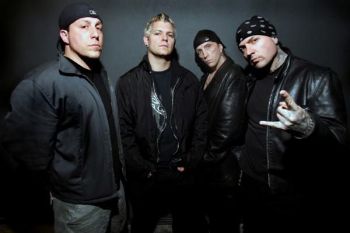 In a recent interview with More-Metal.com, Biohazard guitarist Bobby Hambel said: “The 20th anniversary of Biohazard came up last year, and we decided to get the original band back together and just go out and play some shows — be the old band that we were and go play for the audience that we miss and play the old songs and feel alive again and celebrate 20 years of great Biohazard. We went all over the world with it. There’s no record out — there’s no record company or anything; it’s just us, four friends, playing. Biohazard’s the same old band that it was; it’s like nothing’s changed.

“We wanna do a new record. So we’re gonna take this experience and just be completely inspired by the crowds that we have been playing to for the last year and a half. It’s such a great opportunity to have a second chance, so we’re gonna do a new record, man. So 2010 should see a brand new original Biohazard album. . . We’re working on music. We’re trying to get the live playing out of the way. This is, like, the last leg of the tour. Hambel concluded: “The only thing we’re scheduling right now is to be in the studio and be recording throughout September, October and November, putting together a new record.”

The new album will be the band’s first first since 2005’s ‘Means To An End’ release.