Just a year after their eponymous debut, Cloud Nothings, the Cleveland, Ohio-based group fronted by Dylan Baldi are set to return with new album, ‘Attack On Memory’ on February 6, 2012. 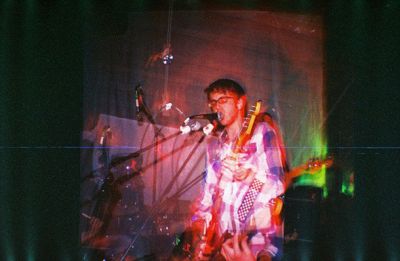 Released through Wichita Recordings, you can get your first taste of Cloud Nothings’ new sound by listening to the deeply brooding album opener ‘No Future, No Past’ here.

The album was produced by Steve Albini (Nirvana, Pixies, Manic Street Preachers, and PJ Harvey). The pairing has resulted in a record that’s a huge step forward for the band: more experimental, more varied, but still accessible, taking in post-rock, indie, post-punk and some sheer, unadulterated noise.

In the months since the release of Cloud Nothings, Dylan Baldi has toured extensively and put a great deal of focus on the band’s live show. Baldi played every instrument on their debut, but here, the full band recorded as-live in the studio – all members playing at once.

The tracklisting is below, as follows: