Marilyn Manson has agreed to form a joint-venture with the London-based label Cooking Vinyl and his own new label, Hell, Etc. The deal covers his next album, due at the end of 2011, with the option for an album after that. Cooking Vinyl will handle worldwide distribution, marketing and promotion. 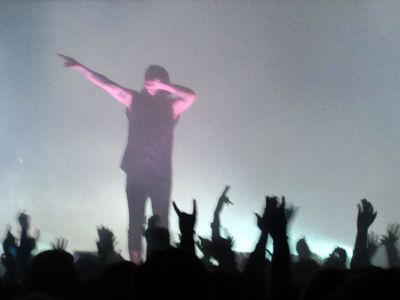 Speaking with reuters.com, Manson‘s Los Angeles-based manager, Tony Ciulla, says he declined offers from other labels after being impressed with Cooking Vinyl‘s work on ‘Invaders Must Die’. The indie’s “passion and conviction for recognizing Manson as a rock icon and genuine enthusiasm to be part of his future career was key in doing the deal,” he says.

Ciulla says the 50-50 joint venture is a “more attractive financial arrangement and allows for greater (creative) control,” with both parties sharing profits after Cooking Vinyl recoups its costs, which include an advance paid out to Manson and a “big marketing commitment.”

Cooking Vinyl expects to release the album in 45 countries, although in some territories it will license the set to local labels. Although Cooking Vinyl doesn’t have a US base, managing director Martin Goldschmidt says he and Ciulla will link up with partners for promotion, marketing and distribution.