Exit Festival are delighted to announce British acid-jazz-funk supremo Jamiroquai to play the Main Stage. The band needs little introduction, having sold over 25million albums worldwide, a Grammy Award in 1997, released seven albums, half of those reaching the #1 coveted spot, 13 Brit Awards nominations and with the best hat collection in the world, Jamiroquai – acclaimed, era-defying and one of the greatest live bands around – are back. The blistering, poetic, meaty, reflective and inspiring new album ‘Rock Dust Light Star’ is the result of two years work and clearly emphasises a new lease of life in Jay Kay and his band of time-served musician-teammates. This will be a truly electric performance. 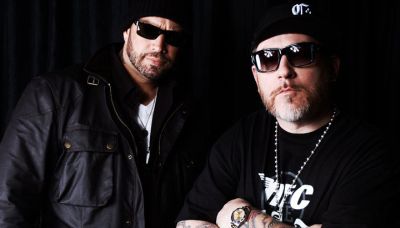 Also performing on the Main Stage are House of Pain who celebrate their 20th anniversary, having changed the face of hip-hop with their self titled debut album, going multi-platinum and launching one of the most memorable songs in hip-hop history ‘Jump Around’, it’s the start of a new decade. They will be bringing their fiery live show and reclaiming the throne as hip-hop’s best and celebrating what has allowed their successes over the past 20 year – the fans.

Exit has 20 stages and for metal fans, the Explosive stage plays host to one of the most prominent European thrash metal band, Kreator. For almost thirty years now, Kreator has been holding a high position in thrash metal scene, sharing it with such bands as Slayer, Metallica and Megadeth. With as many as twelve studio albums, the uncompromising front man Mille Petrozza is the most die-hard metal fans icon, stout-heartedly points his finger to the problems in society, addressing political injustices old-root metal style. The Fusion stage adds Go Back to the Zoo aka GBTTZ who are an indie pop rock outfit hailing from The Netherlands most recognizable from their single ‘Beam Me Up’ that was used by Nike for a worldwide ad campaign. Since then the band have released their debut album ‘Benny Bisto’ and are set to play the Fusion stage with boundless energy and quirky Dutch humour no doubt. Definitely a band to keep an eye on.

2011 will also see pre and post EXIT events happening in the city of Novi Sad and Belgrade, so festival go-ers can spend longer in Serbia experiencing the warmth of the Serbian people whilst having fun and seeing new sights and cities. It’s an adventure and festival in one! No mud and lots of wonderful experiences, it’s a golden ticket for summer 2011.

Getting to EXIT is now easier, faster and cheaper! EXIT Trip is the Official Travel and accommodation for EXIT Festival with the lowest price guaranteed! Offering huge discounts on direct flights, accommodation and local transfers in one package, look no further than here. www.exittrip.org.

Exit is one of the most highly regarded festivals in Europe, being nominated for ‘Best Overseas Festival’ in the UK Festival Awards for the past 4 years, winning the coveted title in 2007 and runner up in 2010. In addition EXIT has also been nominated for ‘Best Major Festival’ in European Festival Awards for 2 years running and has been shortlisted in the ‘Artists Favourite Festival’ Category. And not forgetting the festivals roots and special meaning – Launched 12 years ago as a student initiated protest against the communist Milosevic regime, EXIT has proved that music is a universal language that can connect and bring people together to make the world a better place. EXIT continues to evolve and bring like-minded people together and although it gets bigger each year, the sentiment and unique vibe remains the same.

You and a friend can win a prize of a lifetime! The Ultimate Festival Experience prize includes 2 x flights, 4 nights accommodation and 2 x VIP Tickets to EXIT. Join the Official Exit festival facebook page and try for your chance to win. Simply ‘Like’ Exit Festival on facebook https://www.facebook.com/exit.festival and then follow the steps to enter the competition. Good Luck!