Two young Australians are inviting you to join their club – the Bleeding Knees Club. 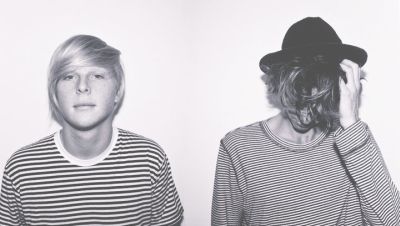 The duo, who formed earlier this year, have already found support in their native land; and from here in the UK by BBC Radio 1’s Zane Lowe, BBC 6 Music’s Lauren Laverne and XFM’s Jon Kennedy.

A summer spent touring and recording is rounded off by the launch of their début UK single, ‘Teenage Girls’, taken from their first album, ‘Nothing To Do’ which is set for release in March 2012 through IAMSOUND/Columbia Records. You can check out the video to the track below: