American five-piece Iwrestledabearonce have announced a full world tour and will be coming to the UK this September and will be joined by guests Oceano, Vanna and For All Those Sleeping. 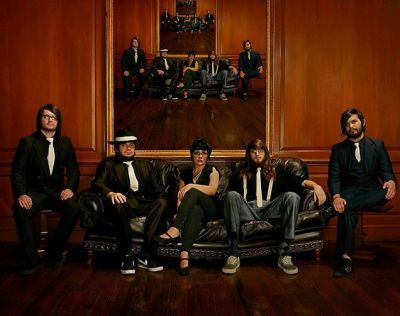 The band have stayed true to their original sound with new release aptly titled ‘Ruining It For Everybody’ building their career out even further from their debut ‘It’s All Happening’. They’ve also earned their touring stripes providing support for hardcore heavy-weights like August Burns Red, Dillinger Escape Plan and Enter Shikari. Add to that a summer spent scaling America on the Vans Warped Tour and you can be sure they’ve got a live spectacle up their sleeve wherever they bring the madness to.

The new album sees each member of the band develop more fully most notably lead vocalist Krysta Cameron who’s growling screams seem to have intensified ten-fold since their previous release. The band are also developing their lyrical subjects, taking a more serious look at the world around them especially on ‘Next Visible Delicious’.

Tour dates are below.