London-based trip-hop act Morcheeba, will release their seventh and latest album ‘Blood Like Lemonade‘ on June 7 through PIAS records. The album will be preceded by the download single ‘Even Though‘ on May 24. 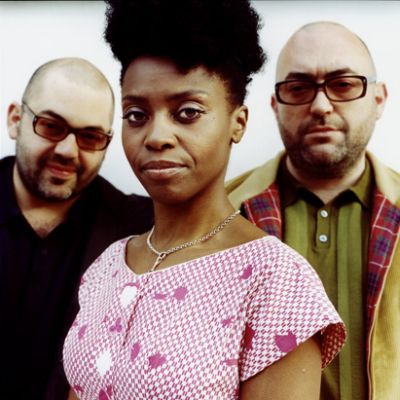 ‘Blood Like Lemonade‘ sees Paul and Ross Godfrey united with Skye on vocals for the first time since 2002. The latest record is said to, “take the essence of earlier classics like ‘Who Can You Trust?‘ and ‘Big Calm‘, and transports it to exotic new places. At its heart are the band’s trademark oozing downtempo trip-hop grooves.”

The album’s first single ‘Even Though‘ is a song about an abandoned astronaut. Paul Godfrey explains the lyrics: “The lines about ‘the hidden dangers’ and being ‘cast adrift in space’ reflect worries about humanity. That was inspired by reading interviews with astronauts – they’d get into space and look back at the world, and couldn’t understand why people were still fighting with each other, and why we were destroying our own planet, that was so beautiful from a distance. The heavy breathing sound is an astronaut breathing in his helmet. He doesn’t have long to live, and at the end his breathing stops. He’s basically just trying to send a message that we should all get along.”