The highly-anticipated new album ‘Radiosurgery’ from pop punk heroes New Found Glory is set to arrive in UK stores on October 3 via Epitaph Records. Fans can pre-order the album now by going to the Epitaph store. 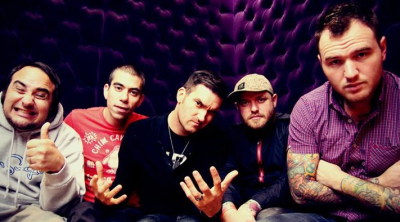 The first single from the album, title track ‘Radiosurgery’ is currently available for download via both amazon and iTunes.

iTunes, where the UK single link is: http://itunes.apple.com/gb/album/radiosurgery-single/id451011434

The album ‘Radiosurgery’ continues the band’s high energy musical journey while simultaneously paying homage to the bands that inspired them to first pick up instruments as teenagers back in Coral Springs Florida.

“Our music is constantly evolving and changing and when this band puts out an album we always try to offer something different,” explains guitarist Chad Gilbert. “With this disc we wanted to go back to the music that got us into punk and incorporate influences from those albums.”

For this latest venture, New Found Glory was aided by a trusted producer Neal Avron, who worked with the band on ‘Catalyst’ in 2004, and has honed his chops in the interim with artists like Fall Out Boy and Linkin Park. The resulting songs sound undeniably like New Found Glory but they also have a timeless punk feel that will appeal to both diehard fans as well as new converts.

“This album is a culmination of all of our albums put together and in a lot of ways we feel like a new band when we’re playing these songs because they’re so energised and they affirm the fact that we’re going to be a band for a long time,” summarises guitarist Steve Klein. “In a lot of ways it feels like we’re just getting started.”

The band also announced its US Autumn headline tour entitled Pop Punk’s Not Dead, presented by Rockstar Energy Drink. The tour starts on October 6 in Santa Cruz, CA and finishes in San Diego on November 20. Prior to the US tour, the band will be heading over to the UK for the following dates: