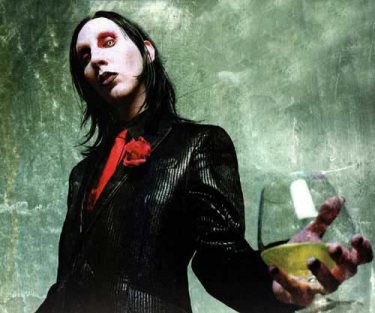 A 2-CD deluxe edition of Marilyn Manson’s upcoming new album ‘The High End Of Low’ is being readied for a May 26 release.
The expanded version of the outing will feature the albums original 15 song track listing, plus six bonus tracks, including a remix of “Arma-Goddamn-Motherfuckin’-Geddon” done by Teddybears.
For more information visit the band’s Myspace and website