Squarehead take to the golfing green – and beyond – in a newly-released promo video. 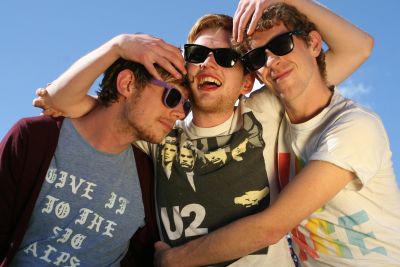 ‘Midnight Enchilada’ is taken from the Dublin trio’s upcoming debut album ‘Yeah Nothing’, released on September 19 on the Richter Collective label.  A further track, ‘Fake Blood’, gets a single release on September 5.

The lads will perform in London and Liverpool during September and expect to announce further UK dates soon.