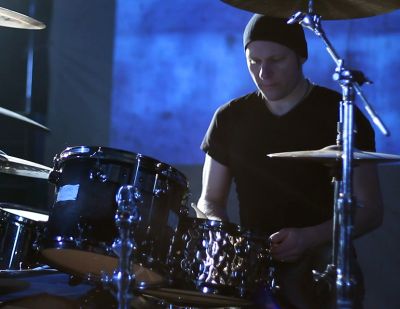 “I live for session work” Jason says. “The Bullet For My Valentine dates were f**king incredible! I spend all of my time in and out of the studio with all styles of bands and artists. I started to think of ways to work with more bands and came up with the ‘Remote Sessions’ plan!”

Jason has been a beat master since he joined UK’s Pitchshifter in 1999. The list of bands he has played in and the musicians he has collaborated with over the past few years reads like a ‘who’s who of metal’ including: Bullet for my Valentine, Fightstar, Slaves To Gravity, This is Menace, Killing Joke, Hundred Reasons, Funeral for a Friend, Carcass, Sixth, Napalm Death, New Model Army, Amen, The Ghost of a Thousand, Earthtone9, Murder One, Pop Will Eat Itself, and Hiding Place. During this time Jason worked alongside platinum selling producers: Machine, Ulrich Wilde, Al Clay, Chris Vrenna (Nine Inch Nails) and Andy Sneap, learning some incredible recording tips and tricks from each and every one.

“All of the experience I’ve built up means I now have an incredible home studio set up like you won’t believe, which has lead to the birth of the ‘Remote Sessions’ service. An artist emails me rough mixes of the tracks and in return I supply them with high-quality drum tracks. It’s fast and it cuts out the need for me to waste time travelling to and from studios and gives me more time to drum “

Jason’s recent ‘Remote Sessions’ includes drums for the new Pop Will Eat Itself album and a new record from Testament/ Forbidden guitarist Steve Smyth. You can hear some examples of Jason’s recent sessions on the media player at his official website, which also includes some free loops to download.