More details on gameplay in the upcoming new Resident Evil game have been revealed. 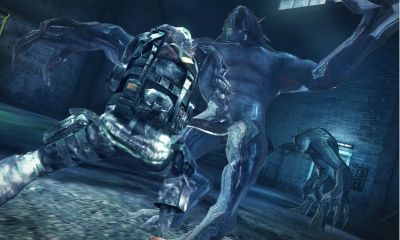 ‘Revelations’, which takes place between the events of the fourth and fifth titles of the series, is set on an abandoned vessel where a virus, T-Abyss, poses a threat to the BSAA team.

The game sees the introduction of the Federal Bioterrorism Commission, who are on a mission to investigate the actions of the Veltro group; as well as a brace of new recruits to the BSAA roster, including Jessica Sherawat and Parker Luciani. Players can experience the game in single and two-player co-op modes.

UPDATE (DECEMBER 2): On the subject of the Resident Evil series, a website has come to Soundsphere’s attention tieing in with another upcoming game, ‘Operation Raccoon City’ (UK certificate TBC), itself set between the events of the second and third games in the franchise and due for release in March 2012 for PlayStation 3, Xbox 360 and PCs.  The site for the mysterious Umbrella Corporation, if you wish to explore it, can be found here – or you can also visit the game’s official site too…