Riders on the Storm

Home » Riders on the Storm

Steven Wilson of Porcupine Tree and Mikael Åkerfeldt of Opeth have announced an album by their new side project, Storm Corrosion, will be out this Spring. 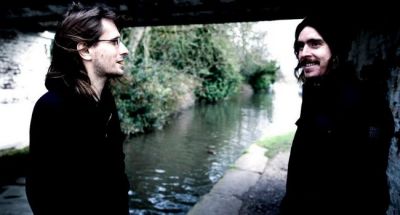 The collaboration between the artists builds on the working relationship developed by Wilson and Åkerfeldt since the former produced the ‘Blackwater Park” by the latter’s band over a decade ago.

Wilson believes the upcoming self-titled album by Storm Corrosion sits with his most recent solo output: “I don’t think it’s going to be that much of a shock to people, because it’s almost like a third part of the trilogy, in a way. If anything, it’s even more orchestral, even more stripped down, even more dark, twisted and melancholic.”

Åkerfeldt, meanwhile, adds the superlative ‘beautiful’ to the sonic mix: “Musically I think we’ve created something earthy, a bit frightening, exhausting, profound and rather intense. All at the same time. I can safely say I don’t know any other band or artist that sounds anything like STORM CORROSION. I guess that was also one of our goals, so to speak.”

A release date of April 23 has been confirmed for ‘Storm Corrosion’ on Roadrunner Records.