The designers behind the ‘Saints Row’ franchise, THQ and Volition, have launched a beta version allowing registered users to create their own gameplay characters. 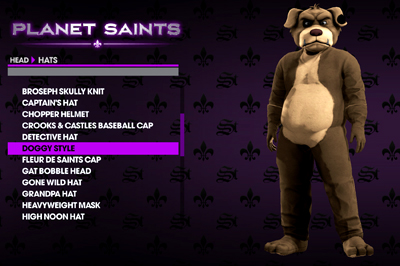 Players’ creations can be designed at the Initiation Station on the ‘Saints Row’ community site (registration required), which will be available to the general public to download via PSN, Xbox Live and Steam on November 1 once the limited-access beta status expires.

The most popular characters voted by members being available to download into the game from November 18.

Here’s a humorous video detailing what the Initiation Station can do.

UPDATE (NOVEMBER 9): It’s been announced today over one million users have used the Initiation Station since its launch last week to create their own characters. The Vice President of THQ’s Global Brand division, Kevin Kraff, observes; “The characters we’ve seen are mostly ridiculous, often hilarious, and always over-the-top. And now there are a million of them. With the crazed creativity we’ve seen in only one week, we can’t wait to see what’s to come. One million is just the beginning.”