Sleigh Bells are back with ‘Rill Rill’, from ‘Treats’, one of the albums of 2010. ‘Rill Rill’ is built around a rolling Funkadelic sample from ‘Can You Get To That’ from the album ‘Maggot Brain’ and is out June 20, via Columbia and Mom+Pop Records. 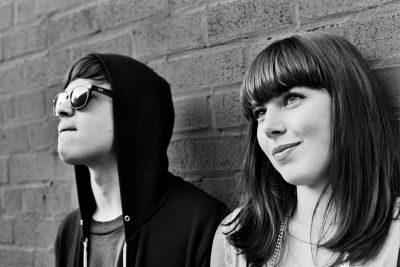 The band is currently on the road in the US on their biggest tour there so far. They have spread their blend of metal, hip hop and pop far and wide over the last 18 months, including dates with LCD Soundsystem, Hot Chip and MIA, as well as headline shows at Heaven.

The new video for ‘Rill Rill’ chimes perfectly with Sleigh Bells. Brutal and sweet at once, ‘Rill Rill’ demonstrates the flipside to some of the thundering drums and overpower guitar riffs of their debut album ‘Treats’.

Sleigh Bells star has risen dramatically over the last year. Previous singles ‘Tell Em’ and ‘Riot Rhythm’ both achieved success. Earlier, ‘Infinity Guitars’ picked up ‘Record Of The Week’ spots on Zane Lowe and Nick Grimshaw shows along with XFM playlist action. On top of all this, the band appeared at the In New Music We Trust show at the Forum in London earlier in the year alongside White Lies and Jamie Woon, and performed sell-out shows across Europe, including a headline set at London’s Heaven.

Sleigh Bells are currently touring the US before they head back to the studio to start work on album number two, an album that promises to be one of the most anticipated of 2012.