Slipknot has announced a special real-time webcast of their Sonisphere Knebworth performance, via their website to take place during their headline set at 9pm UK time on Sunday, July 10. 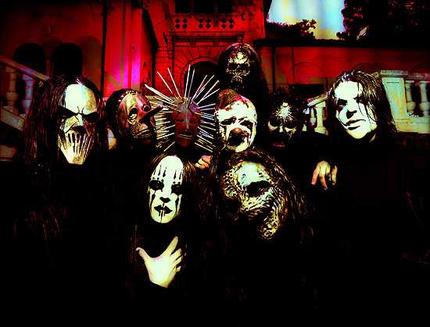 The webcasting of Slipknot’s Sunday night headline set live from Knebworth across the world will go out live on their official website as well as the official Sonisphere website. Set to be an epic occasion, this highly anticipated show will mark the band’s first appearance in the UK in over two years and their first British performance without founding member Paul Gray, who tragically passed away last year.

The band said of the upcoming performance: “England has always been a special place for this band from the very beginning.  We can’t think of a better way to culminate our celebration of Paul’s life than to share it with the Maggots at Knebworth and the millions more watching around the world.

“This is not to be missed” says festival producer Stuart Galbraith. “This is the first time Sonisphere Festival has been transmitted live across the web and represents yet another major stride in its commitment to harnessing the power of the internet to engage with the rock audience at large across the planet. Given that this is going to be such an important event for Slipknot fans the world over, we felt it only right to allow them all to share in what is set to be a historic experience, wherever they are.”

For more information please go to the official website.