Canadian group The Birthday Massacre are set to release a new EP titled, ‘Imaginary Monsters’ – teenage angst, daily horrors and the proverbial monsters under your bed are being funnelled into three irresistible, new alternative-pop tracks, walking the tightrope between gothic, metal and new wave. 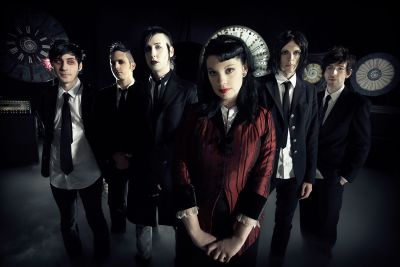 Furthermore, five bands – SKOLD, Combichrist, Tweaker, Assemblage 23, and Dave Ogilvie – have been invited to develop their own perspective on the group’s songs and deliver their own highly creative and club-compatible spins.

As a special bonus, the EP also contains a data track with a HD-resolution version of the elaborate video for ‘In The Dark’.

‘Imaginary Monsters’ will be released on August 15 via Out Of Line Music.