The lead singer of a band who are poised to support Reel Big Fish on their upcoming UK tour has spoken about how singing is helping him overcome a debilitating medical condition. 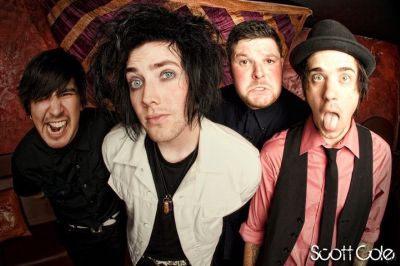 Joe Dexter, the frontman with California-based pop-punk quartet Orange, has cystic fibrosis; an incurable condition where mucus can gather in one’s lungs and parts of the digestive system which impacts how the sufferer breathes.  In an interview with the BBC, he says an hour’s worth of singing makes his lungs feel clearer and alleviating his breathing, calling it “a miracle cure”.

Dexter shows a strong determination to perform and prove his condition does not impede on a career in music: “Touring can be hard on me and my lungs, especially being the singer and frontman, but the fear of dealing with CF has never stopped me from doing a single thing in life so far and I don’t intend to start now. If I can inspire just one single kid with this illness, then I’ll have done alright.”

The band’s imminent shows here in Dexter’s native land follow two major visits in the past twelve months. Spring 2011 saw the band co-headline a nationwide tour with New Riot, while they supported Bowling For Soup on their British tour last autumn.  The vocalist is hotly anticipating this new brace of gigs: “This is why we’ve spent 11 years driving 14 hours to play to nobody! This is why we’ve spent every penny we had just to tour. This is why we took having beer, spit and God knows what else thrown at us in the early days. It’s all lead us to this and we couldn’t be happier.”

The UK dates with Reel Big Fish, which are part of a European tour, are:

More information on Orange and their imminent UK shows are on their Facebook band page.  If you’d like to read more about cystic fibrosis and some of the work being done in the UK to help those with it, you can visit the Cystic Fibrosis Trust’s website here.