Therapy? Are set to reissue a limited edition digipack of the band’s 2009 release, ‘Crooked Timber‘ via Global Music. This will be available worldwide from July 19 2010. 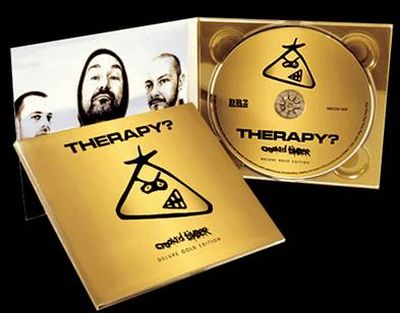 The band commented on the making-of-the album: “When the idea of the ‘Crooked Timber‘ reissue was raised we thought it’d be good to tie up the project and collect all the material ‘under one roof’ so to speak.

While we were at it we got a couple of artists we are fans of to remix/mangle a couple of our live favourites and add to the pot. It should be a good opportunity for those who’ve yet to get the album to catch up on what they’ve been missing.”

The re-issue will feature a number of remixed tracks, edited in styles which have influenced Therapy? throughout the years, including dubstep and samples taken from British cinema.