Toadies have announced plans for the August release of an album they originally recorded in 1997 titled ‘Feeler‘. 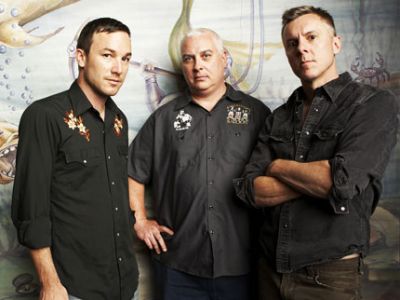 The album was meant to be the follow up for the act’s platinum-selling ’94 ‘Rubberneck‘ album. But the record was rejected by the band’s then label, Interscope.

This year, as Toadies were preparing to enter the studio to record their next offering which was to be brand new material. The discussions turned toward ‘Feeler‘ and the sessions ended up being re-recorded versions of what was supposed to be a long-buried project. Toadies frontman, Vaden Todd Lewis says of the decision:

“We can’t help but feel a bit of redemption releasing ‘Feeler‘ 12 years after Interscope decided it wasn’t good enough and shelved it. We always thought it was going to be a good Toadies album, and since there were unfinished versions floating around on the internet, it was important to us that people hear it as we meant it to be. “

‘Feeler‘ comes after the band’s first album in over seven years, ‘No Deliverance‘ which was released in the summer of 2008. The band intend to record new material at the end of the year following this release.