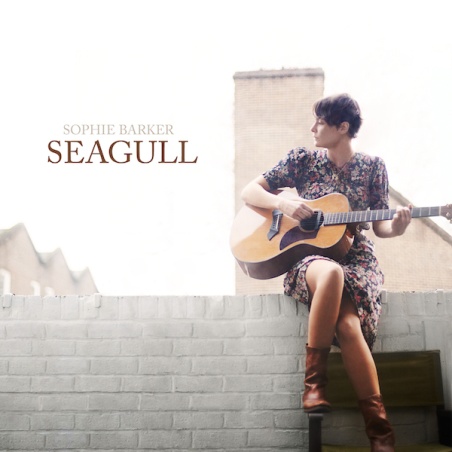 You may previously know Sophie Barker as one of the vocalists on Zero 7’s ‘Simple Things’, and single ‘In The Waiting Line’. You may also know her for her work with Groove Armada, The Egg, Grooverider, Robin Guthrie (Cocteau Twins) and Muki, or maybe even for her previous solo album ‘Earthbound’. Not to mention, Sophie also worked on the ‘Rainbow Collections’, a series of children’s music – making it a busy 10 years that’s for sure! But with a UK tour this September kicking off in Norwich and with the release of “A Forest/Say Goodbye” at the end of October, Sophie shows no signs of letting up.

In Sophie’s words, “‘Say Goodbye’ is about the never-ending connections between people and how we are constantly falling in love for moments, minutes, hours, days, months. Time is of no consequence as to how we can feel in a moment. In that moment all things can be captured, elevated, revered and then feared, destroyed and broken down. Then lost in love, takes us on to the Journey of ‘A Forest’. This song for me is another love song that I didn’t write but when I hear it I am captivated by the lyrics and the music, leading me instantly to feel a connection with it, hence a cover to make it my own.”

Listen to Sophie’s cover of The Cure’s ‘A Forest’ here: http://soundcloud.com/cannonball_pr/sophie-barker-a-forest.

She continues: “I felt that the two songs revealed perspective of love from two ends of the spectrum. The sweet, sad but light ‘Say Goodbye’ voice to the deeper more edgy sharp sound of the voice in ‘A Forest’ expressing two very parts of the same woman of the same soul both dealing with their fears, hopes, illusions and trying to find some peace once out of the emotional darkness. A cathartic dualistic musical relay!”