Crowd-funded documentary ‘Sound It Out’ comes to York

Jeanie Finlay’s feature documentary ‘Sound It Out’ gathered over 400 backers on crowd-funding website IndieGoGo and embarks on a theatrical tour of UK cinemas reaching York on November 8. 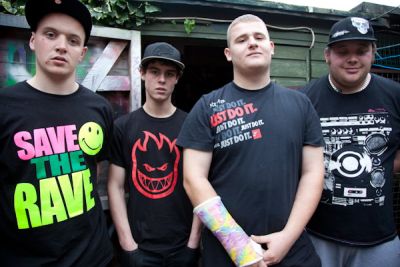 ‘Sound It Out’, the official Film of Record Store Day, is a documentary portrait of the very last surviving vinyl record shop in Teesside and a distinctive, funny and intimate film about men, the North and the irreplaceable role music plays in our lives. The film’s subject, Sound It Out Records, is a cultural haven in one of the most deprived areas in the UK. The film documents a place that is thriving against the odds and the local community that keeps it alive.

Director Jeanie Finlay grew up three miles away from Sound It Out Records and it helped to shape her love of music and started a life-long minor obsession with vinyl.

Jeanie wanted to make this film because as an independent vinyl record shop, Sound It Out Records is one of a very endangered species; over the last five years over 500 independent record shops have closed and Jeanie and her filmmaking team wanted to capture the shop and all that it means to people on film for posterity.

Jeanie says, “‘Sound It Out’ is an intimate film about a small shop on a small street in a small town where I grew up. Sound It Out Records helped to shape my love of music and when I decided to sell my record collection to help fund my wedding, Tom who owns the shop was horrified. I decided at that point there was a real story to tell about Tom’s shop, and it’s a story that’s about so much more than vinyl.”

Dave Taylor, Marketing Manager of City Screen says, “This is an indie-documentary for real music lovers and we’re honoured to have Jeanie Finlay to talk about her film on Tuesday 8 November as it is only showing at a small number of independent cinemas.”